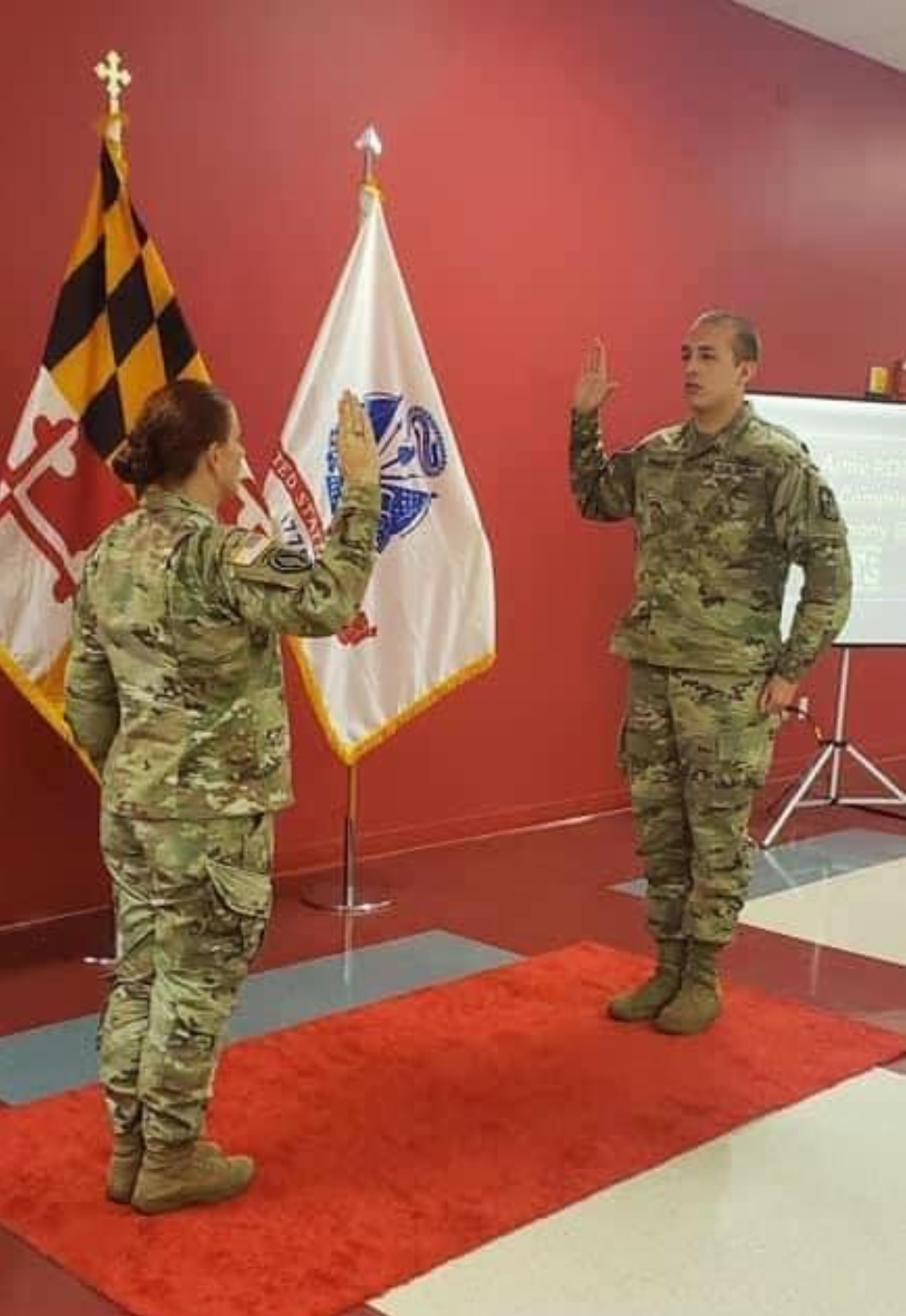 Stevenson students who enroll in ROTC are members of the John Hopkins University Blue Jay Battalion. Cole Simmons (’20 Psychology) was commissioned a Second Lieutenant at a recent ceremony in Baltimore.

Cole was the current Cadet Battalion Commander and was awarded the George C. Marshall Award as the top Cadet in the Battalion academically. Through careful arrangements, the Commissioning was conducted in person, with his family and several friends attending. Lt. Simmons will enter training in artillery in June, and join his permanent unit, The 82nd Airborne, late in the year.

Best of luck to you Cole! Did you know that Cole was also the recipient of the Dorothy Stang Award at the May 2020 Stevenson University graduation? Read more about it HERE.