A First Look at Rosewood 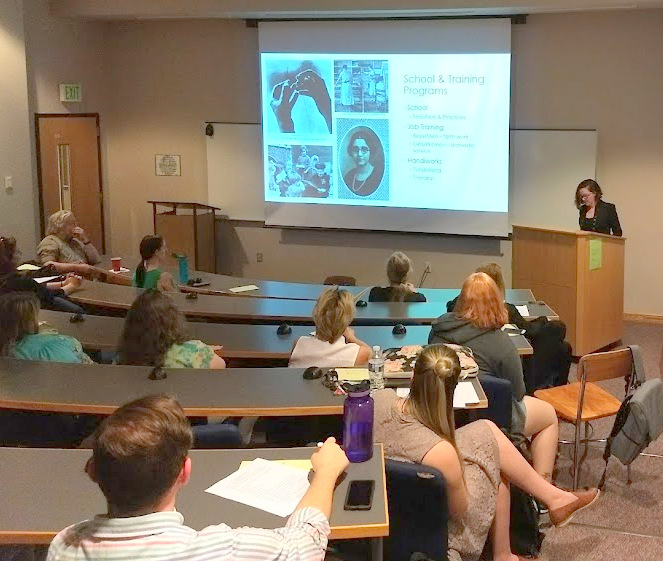 Stevenson PHIST majors undertook to research and write an initial history of the former Rosewood Psychiatric Center in the Spring Semester 2018. That history was based on primary sources located at the Maryland State Archives as well as maps, photographs, city directories, and newspaper articles.

From 1886 until 2009, a small hilltop in Owings Mills, Maryland, was the location for a center dedicated to the care of individuals with a variety of disabilities that were thought to be psychologically related. Closed by the State in 2009, a majority of the land was purchased by Stevenson in June 2017. Buildings formerly associated with the Center were razed to make room for new athletic fields. Documenting the entire process were majors from Stevenson’s Public History Program.

The capstone research and writing program for each PHIST major is Senior Seminar. The most recent Seminar engaged four majors in original research on Rosewood. The project was structured as the initial phase in a multi-phase project that examines the history of Rosewood Center from its founding until its closure. During a three week period at the Baltimore City Archives majors examined more than 35 boxes of materials. The process included inventorying the records, arranging them, analyzing them, and creating finding aids.

Caption: The Maryland State Archives stores its Rosewood records at its main location in Annapolis. For our project, however, they pre-positioned those records at the Baltimore City Archives. This saved us a two-hour commute each time we engaged in our research.

Placing the history learned from primary sources within a context was the next step in the process. Majors developed that context through an effort focused on newspaper and journal accounts from the period. Maps, city directories, and census data were also part of the contextualization of the history.

Caption: As part of the research, Environmental Science major Mark Moody flew his MAVIC Pro drone to gather aerial documentation of Rosewood before it was razed.

The final two steps in the process were developing a narrative and presenting that narrative in a public venue. The presentations by the PHIST seniors was their opportunity to present original research gained from primary sources many of which had never been used before. The products of their efforts were well received by an audience of their peers, faculty, and staff.

Caption: A portion of the Rosewood campus at sunset during demolition. (Image by Mark Moody)