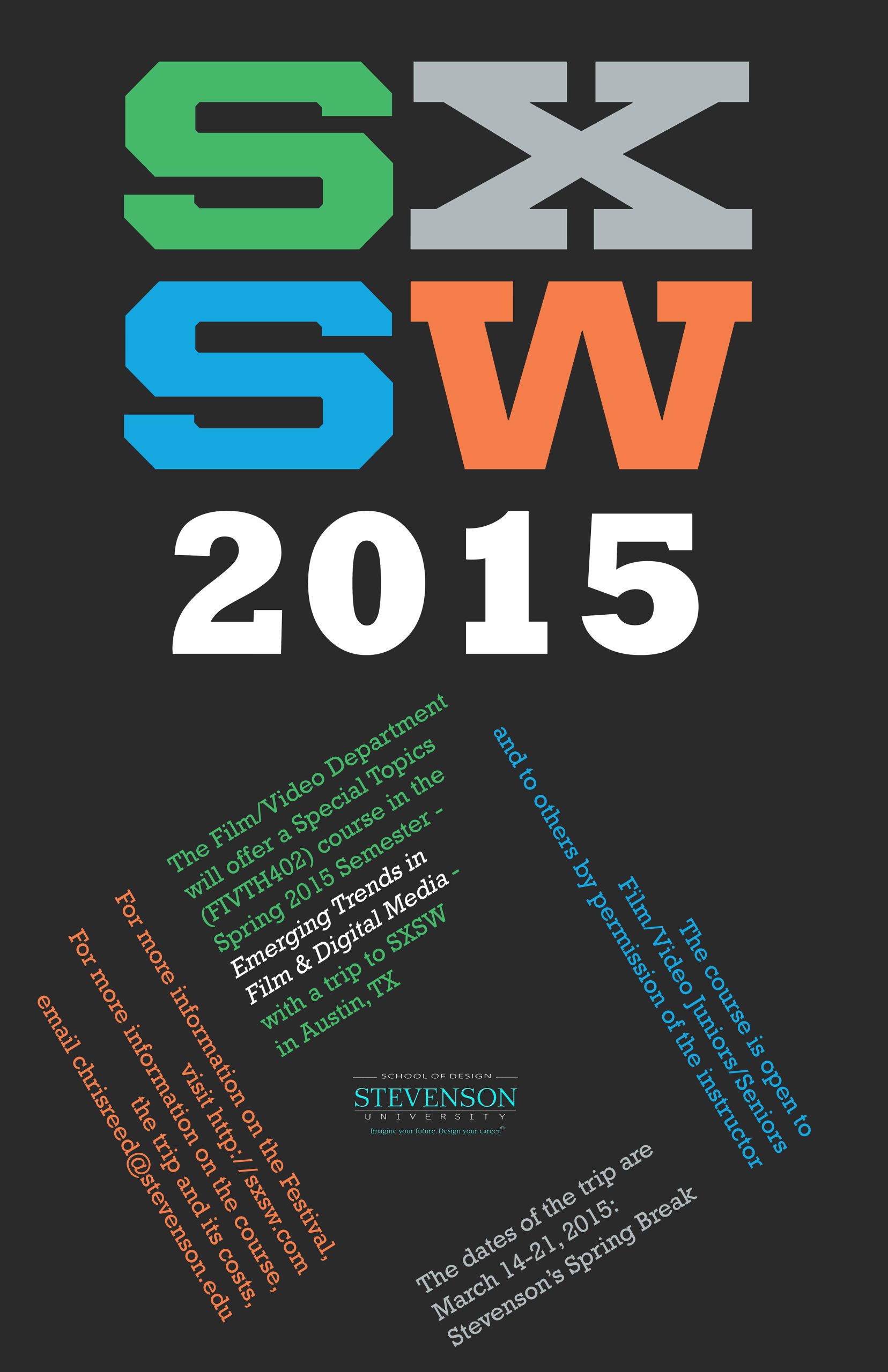 I just got back from a preliminary research visit to the SXSW Festival.

If you want to see my impressions of the trip, you can check out one (or all) of my four blog postings:

It’s a great annual event, in Austin, TX, at which there are film screenings, panel presentations, keynote lectures, technology exhibits, and so much more (not to mention the music component, which I completely ignored while there).

I am happy to report that almost every film screening I attended (I saw 21 films in 7 days, which sounds like a lot, but I could have done so much more …) had the director and/or crew and/or cast at the Q&A: folks like Wes Anderson, Diego Luna, America Ferrera, Rosario Dawson, Josh Hartnett, Patrick Wilson, Jeremy Sisto, Kate Lyn Sheil, John Gallagher, Jr. (and those are just the ones whose names I thought you would recognize). There were many keynote speakers, including Lena Dunham and Nicolas Cage, for film, and Edward Snowden and Glenn Greenwald, for Media. There was also an extensive trade-show floor in the expo hall where many vendors – including Adobe, Sony, Black Magic, Sennheiser, LaCie, and many more, hawked their wares, offered discounts and free t-shirts and free workshops. There were panels galore, only a few of which I attended, since I wanted to see films. I didn’t even try to attend music events . . .