The Life of a Commuter 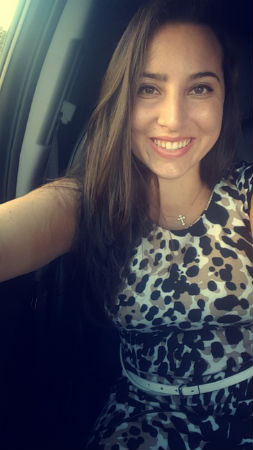 Being a commuter at Stevenson University has its ups and downs, but mainly ups.

I transferred from my community college in Montgomery County, Maryland to Stevenson in 2013. I have moved three times since then and now live in Frederick County which is roughly 50 miles away. I’m a senior this semester majoring in Fashion Merchandising and have three part-time jobs along with going to school full-time. Although traffic can be hard at times, the commute is better than living on campus and paying for housing that is twice as high as living off campus.

Now that I mentioned how far I live one way, you may ask why in the world do I commute? Well, the answer is twofold. I knew that as a student paying my own way through school I could not afford on campus housing. Living closer to my jobs was more convenient for me since I go to school only three times a week. This semester has been the best since I have a classmate that carpools with me all three days.

(pictured: Andrea, carpool buddy on the left and myself on the right)

My advice to students considering being a commuter is to think of the cost and think of the campus life you want for yourself. I have a handful of friends that I have made in my program who will be my friends after graduation as well. However, I would have loved to have been more involved on campus if I had the chance. Get involved! There is a commuter club and so many other clubs that many commuters join and enjoy. If you can find a carpool buddy, take advantage. My final advice is to tell your Professors and your groupmates that you are a commuter. Although, this is not an excuse for being tardy, most professors understand 695 traffic and simply that life happens. I have also been relatively blessed over the years to have great groupmates and individuals who are understanding too.