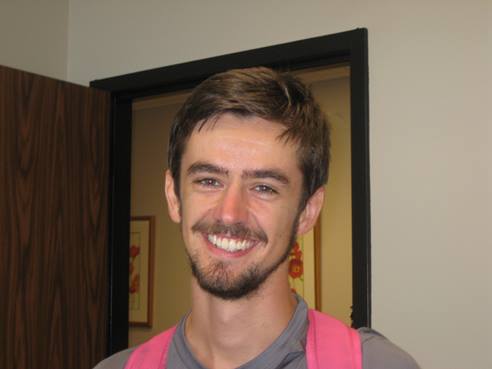 Chemistry senior Andrew McGregor attended an SU Career Event and found himself an amazing summer opportunity! Andrew was one of the few undergraduate students chosen this summer to work as a Fellow in the Baltimore City Mayor’s Office. He worked at the Department of Public Works determining ways to increase the recycling rate across Baltimore City.

To do this, he studied what percentage of people recycle along each city truck route and investigated how 40 other cities across the US encourage recycling. At the end of the summer, Andrew presented his plan to Baltimore City leaders.

During the summer, Andrew learned and practiced many skills which will be pertinent to his future successes- networking, comminication, negotiation and presenting skills. What a great summer he had!