BizComm named “President of the Year” 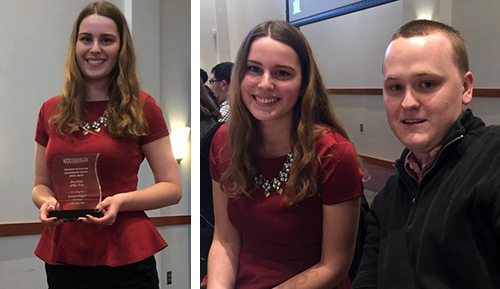 Congratulations to senior Emma Ragon, who was named “Club President of the Year” during Stevenson’s annual Leadership Awards ceremony on May 6, 2016, for her work as co-president of ’47 House, the communications, public relations, advertising, and marketing club. She was nominated by her co-president, Andrew (“AJ”) Grimm, who worked alongside her all year in the rebranding and re-launch of the club. Together, the two brought new life and growth to the organization. Congratulations to both! (Photos from Stephanie Verni’s Facebook page)