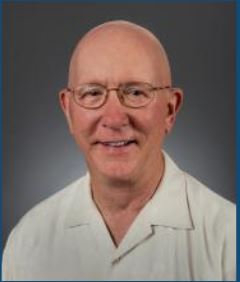 Mr. Williams had wonderful advice, stories, and experiences to share with the group. He started off the meeting emphasizing that in life, advice comes from a variety of different sources. Whether these sources were expected or not, all should be respected and felt grateful for.

Mr. Williams reflected on a quote given to him by his father, he remembered his father saying that he wanted to make sure his life counted for something when he reached retirement age. This stuck with Mr. Williams throughout his life and he lives everyday with the mindset that “the world is a better place with having you been there”. He further emphasizes to the class and guests that it is very important to respect good values both in others, and within.

Mr. Williams highlights the importance of employees, and how they are treated by their employers. “Treat employees like volunteers,” he says. By doing so, it establishes a work environment that makes people want to work. This is especially important when trying to put together a team with the “best people,” because you can “learn from your employees”. Remarking on teamwork, Mr. Williams states that he believes “it takes everyone working together to establish a functional and successful society,” and, “you can have a workplace atmosphere where people feel they are wanted and having an enjoyable time and yet still are able to perform highly”.

Mr. Williams then provided his audience with a quote stating, “if you believe in yourself and you believe you have the skill set for a certain career path, take a high-risk high reward route”. He furthers on the discussion emphasizing for individuals to believe in themselves and surround themselves with “good people”, meaning those who are “good at what they do”.

Since Jameson Door Company has held these values, with Williams as the CEO, the company was able to establish a trust with Italy over a two-year span, which is very impressive. He explains that individuals should “aim to be a Michael Jordan” of your career position and that “showing up is 90% of the battle”.