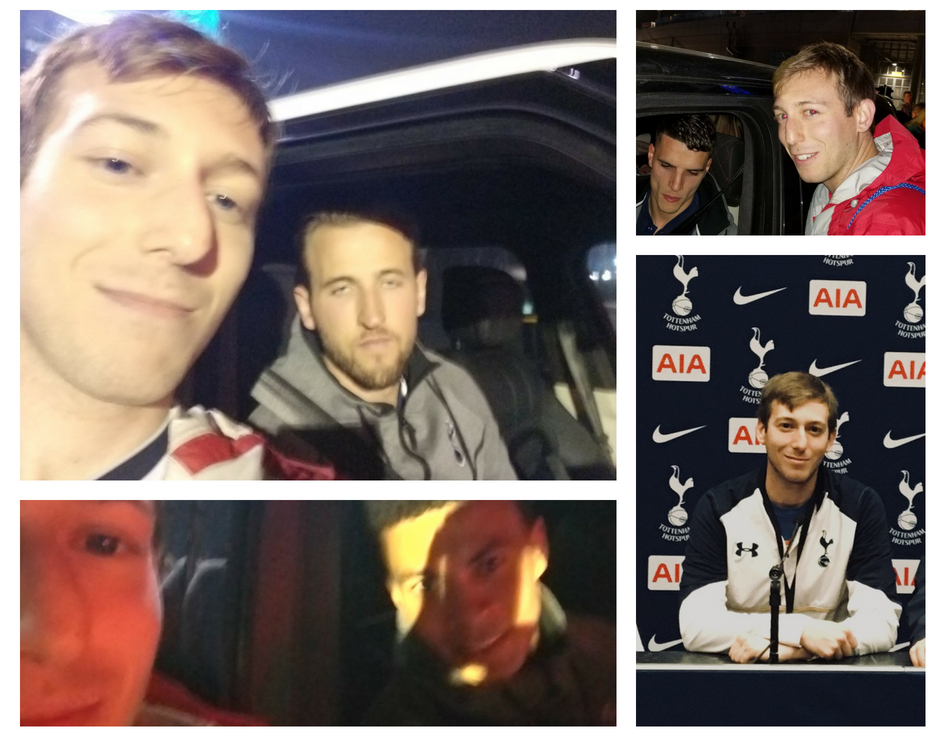 Accounting Major Alex Ushamirsky recently spent a week in London visiting Tower Bridge, The Tower of London, Westminster Abby, and watching a Tottenham soccer game at Wemebly Stadium. Alex was diagnosed with leukemia in high school and was given the trip by the Make-A-Wish Foundation, which grants wishes for children and young adults diagnosed with a critical illness.

Alex initially thought he’d major in engineering after finishing high school, “But that changed after taking physics” says Alex. “I gave accounting a shot. I found that I was really good at it which made me enjoy it.” Alex decided on Stevenson University after a few campus visits and liking the small community feel.

“Make-A-Wish came to my house when I was about three months into treatment. They asked me about what I like, who I like, what I like to do. I had always loved soccer and always dreamed of seeing a proper match in Europe.” says Alex. ” My favorite team, Tottenham were based in London, so my family and I were able to spend a week in London as tourists and see the game at the legendary Wemebly Stadium.”

During the trip, Alex was also able to take, what he calls, “accidental selfies”. After they watched the game, Alex and his family found themselves near the stadium garage and noticed a string of fancy cars driving through. Alex managed to get photos with Tottenham players Harry Kane, Dele Alli, and Erik Lemela.

When asked what advice he has for other students managing a serious illness while going through college, Alex says “First thing I did was talk to the professors and tell them exactly what I had so they wouldn’t be skeptical if I missed class for some reason. Also you have to take it easy sometimes and just lay low. I definitely value my sleep more than most people, and I wash my hands a ton.”

Alex wants to raise awareness for the Make-A-Wish Foundation. Visit their website at http://wish.org.