How Various Types of Evidence Play Roles in Crime Scenes 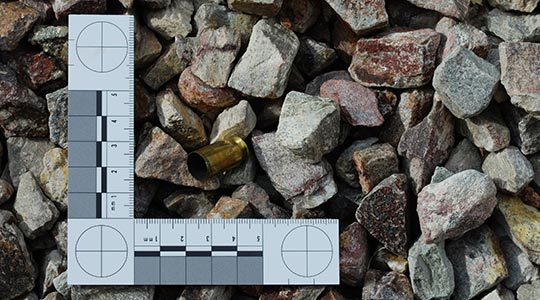 Evidence can present itself in a variety of manners at a crime scene. Some evidence can be removed or manipulated, however there are a number of components that cannot be erased from the crime scene. Whether there was a murder, robbery, or assault, there are various effective techniques and methods crime scene investigators use not only to gather evidence, but ensure that the evidence is valid and can be presented in a court of law.

According to Crime Museum, ballistics is defined as the science or study of the motion of projectiles, such as bullets. Merriam-Webster.com states that, “Forensic ballistics is “ballistics applied in the determination of legal evidence especially as concerned with the identification of firearms, ammunition, bullets, and cartridge cases.” A forensic ballistics expert matches bullets, fragments, and other evidence with the weapons of alleged suspects or others involved in a case. Experts may be asked to explain their findings to a jury during criminal or civil trials. If a gun was used at a crime scene, several factors go into consideration, such as the angle at which the gun was fired, gunpowder residue, the bullet itself, as well as the physical impact on the victim. There are quite a few things that can be determined from observing the evidence, such as a shooter’s position, the type of gun that was used, as well as the amount of rounds fired. While the victim is the primary concern, there is a lot of information that investigators can learn from the surrounding scene. For example, if multiple rounds of the gun were fired and a few missed, examining nearby walls could allow investigators to know the angles and positions that the shooter was in. Ballistic tests can be undertaken in various ways, with constant technological advances making the process more detailed. An example of such technology is Pyramidal Technologies’ ALIAS system. In 2010, Pyramidal Technologies revealed the ALIAS system, which according to PoliceOne.com, “creates vivid visualizations of casings or slugs that allow users to easily compare evidence with images in their database.” By providing a streamlined process through which investigators may be able to identify and link evidence to a suspect, investigations can be solved in a shorter period of time.

In addition to ballistic evidence that may be present, DNA evidence is also an integral component of crime scene investigations. Per the National Institute of Justice (NIJ), “physical evidence is any tangible object that can connect an offender to a crime scene.” Whether intentional or not, there are a number of physical traces of evidence that can be left on objects at the scene. The NIJ offers numerous examples of physical evidence that can be recovered at a crime scene, such as sweat, skin, hair, blood, saliva, and even body tissue. In addition to these examples, there may be other types of physical evidence left such as footprints. Footprints can indicate the model of a shoe, as well as the size of the shoe. By identifying specific factors and variables in the crime scene, investigators able to narrow down the pool of suspects and proceed from there. There are various ways to collect DNA evidence, such as using plastic containers, cotton swabs, and taking pictures of physical features such as footprints. DNA evidence is especially useful, because as the NIJ says, “Only a few cells can be sufficient to obtain useful DNA information.” With so little DNA evidence needed, investigators can pull samples of evidence from a range of physical materials at the scene. Advances in technology, much like ballistics, would allow DNA evidence to be tested in a more efficient and effective manner. According to a March 2017 article by the United States Department of Justice, “More research is needed to develop faster methods for analyzing DNA evidence.” By improving technology, this could increase the rate at which cases are solved, allowing more cases to pass through crime labs successfully.

While investigators are able to piece together events that happened at crime scenes from any physical and DNA evidence, video evidence allows investigators to review what actually took place. Surveillance cameras are set up in a great deal of public places, but with improvements in cell phones and handheld devices, more people have the opportunity to take clear quality photographs and videos to document different situations. While video recordings can prove to be effective aids, there are still flaws that can occur within recordings, such as poor audio and visual quality. Per the National Forensic Science Technology Center (NFSTC), “Forensic experts have many techniques to enhance recordings that can bring out details and provide a clearer picture of what occurred, or make an audio recording more audible.” In contrast to not having clear video evidence, there can be instances in which investigators have an excess of video evidence. The NFSTC states, “For large-scale events or crimes, the sheer amount of recorded audio and video evidence can be massive.” Due to the abundance of public surveillance cameras, it may be hard to sift through all of the evidence to find anything pertinent to the case. The inclusion of visual evidence can serve to provide an unbiased account of events, essential in any investigation.