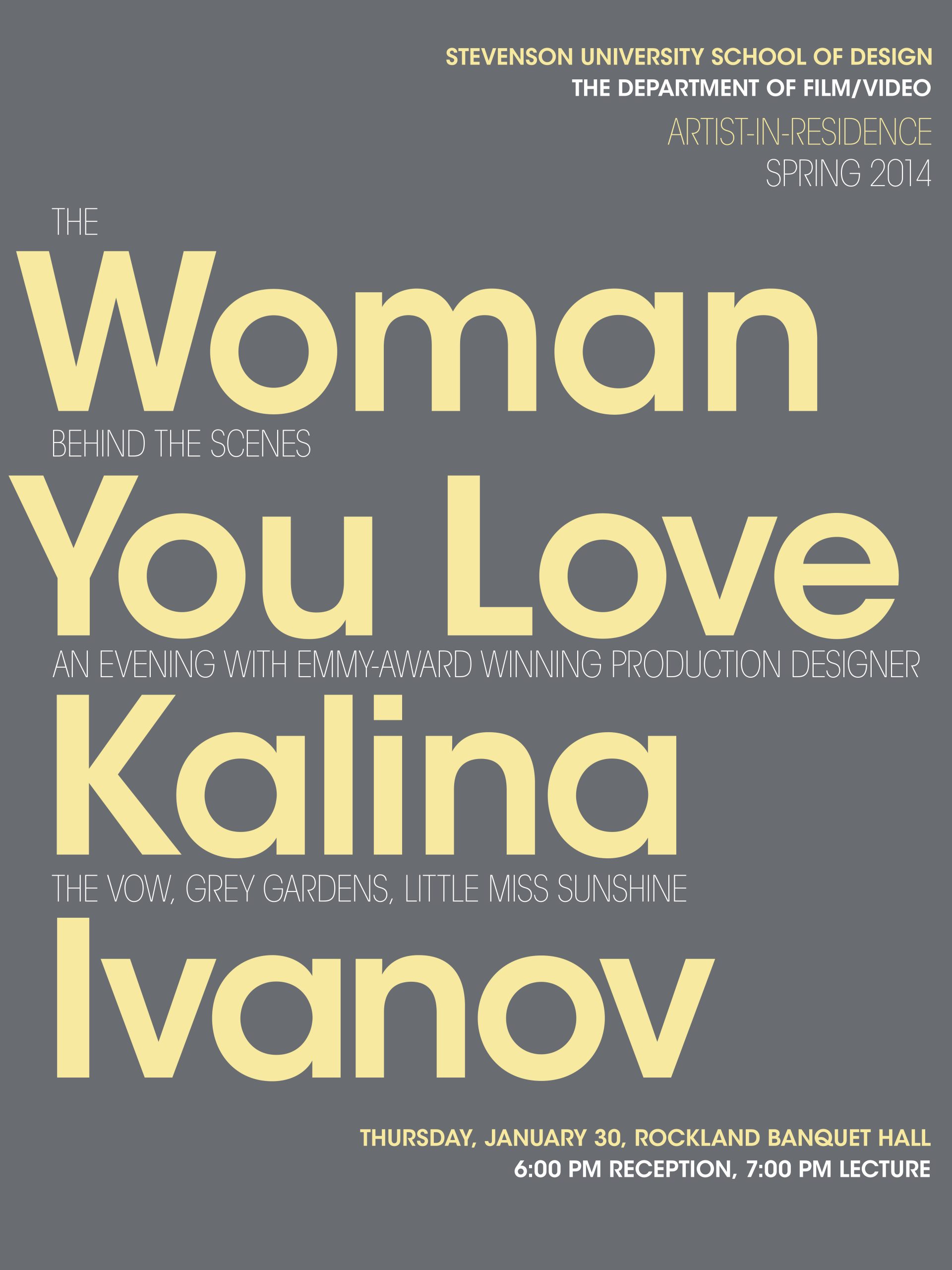 From Wednesday, January 29, to Friday, January 31, 2014, Stevenson’s Department of Film/Video was proud to host Emmy-winning Production Designer Kalina Ivanov – “the woman behind the scenes you love” – as our Spring 2014 Artist-in-Residence.

On Thursday, January 30, at 7pm, in the Rockland Banquet Hall on our Owings Mills Campus, Kalina presented clips and examples from the many films and television programs which she has designed, followed by a Q&A.

Kalina Ivanov was born in Sofia, Bulgaria. In 1979, during the height of communism, she escaped with her parents and landed in New York.

Kalina’s design philosophy is to immerse herself in the script, fully embody the characters and reveal their history through color, texture and architecture in a visually original way.

Kalina won and Emmy award and Art Director’s Guild award for the HBO film Grey Gardens, which was critically acclaimed. She has just finished designing the new version of Poltergeist, to be released in 2014

In addition, Kalina is the production designer on such films as The Conspirator, directed by Robert Redford, the Oscar-nominated Little Miss Sunshine and Rabbit Hole, as well as The Vow, Made of Honor, My Sassy Girl, “Smash” (Season 2), “Person of Interest,” Uptown Girls, Brown Sugar, Swimfan, Monday Night Mayhem, Household Saints and Smoke.

Keywords: artist-in-residence, faculty, in the classroom
Posted by: Christopher Reed