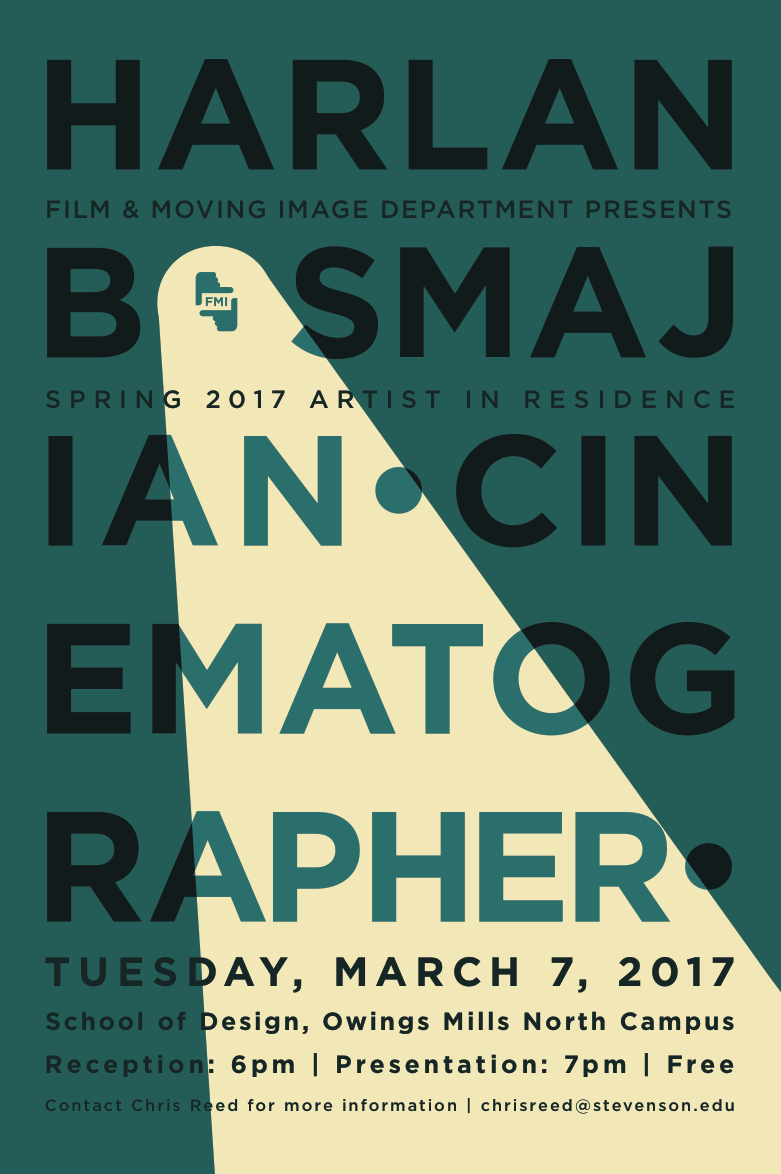 Cinematographer Harlan Bosmajian will visit Stevenson’s Department of Film & Moving Image on March 6-8, and give a lecture on his work on March 7, as per the above poster. He has over 30 feature films to his credit, including La Ciudad, in 1998 (nominated for an Independent Spirit Award for Best Cinematography) and Nicole Holofcener’s Lovely and Amazing (2001), which received praise for its digital cinematography (it was one of the first films shot on high-def to get a national release). Harlan has also shot films such as Saving Face, Winter Solstice (both released in 2005), Weakness (2010), Occupant (2011) and Backwards (2012), the last three using the RED camera, which led to a job on David Fincher’s Social Network as a Boston-unit Director of Photography. His most recent feature is Breakable You (2017), starring Holly Hunter, Alfred Molina and Tony Shalhoub. Harlan is an Associate Professor and head of the Cinematography Program at Emerson College in Boston.