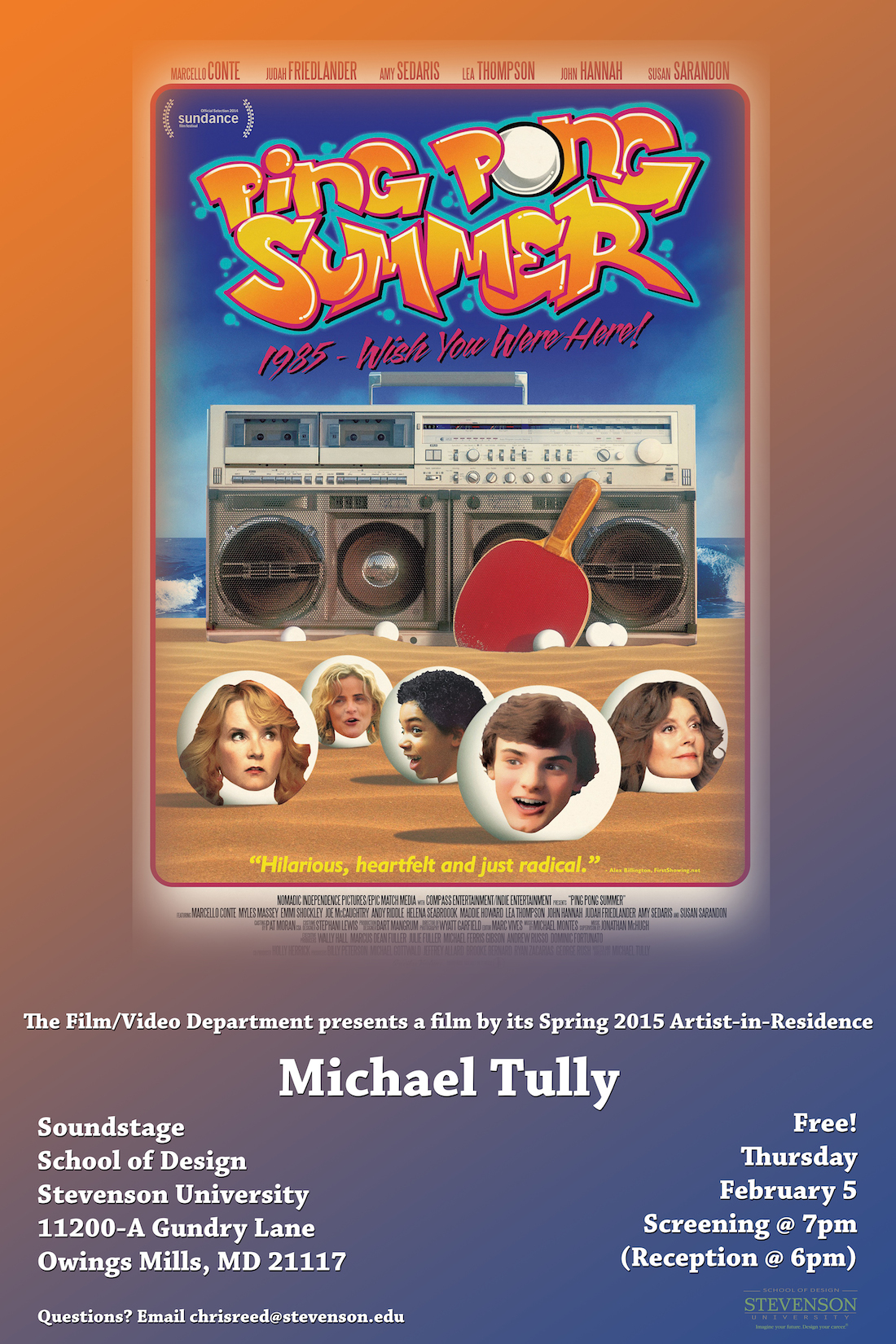 The Department of Film/Video is excited to host filmmaker Michael Tully as our Spring 2015 Artist-in-Residence from February 4-6. As an actor, writer and director, Mr. Tully – who, though he currently lives in Austin, Texas, is a Maryland native – is a terrific mentor and role model for our students, as he has successfully carved out an independent film career that has seen his movies play at Sundance, SXSW, and the Maryland Film Festival (which has programmed all of his films), as well as be released theatrically. Mr. Tully’s most recent film, Ping Pong Summer, a coming-of-age tale set (and shot) in Ocean City, Maryland, stars John Hannah (Four Weddings and a Funeral), Lea Thompson (Back to the Future), Amy Sedaris (Strangers with Candy) and Susan Sarandon (Dead Man Walking), among others. We will screen Ping Pong Summer – with a Q&A afterwards – on Thursday, 2/5, at 7pm, in the School of Design Soundstage. The screening is open and free to all. There will be a reception beforehand at 6pm.

Keywords: experiential learning, in the classroom
Posted by: Christopher Reed