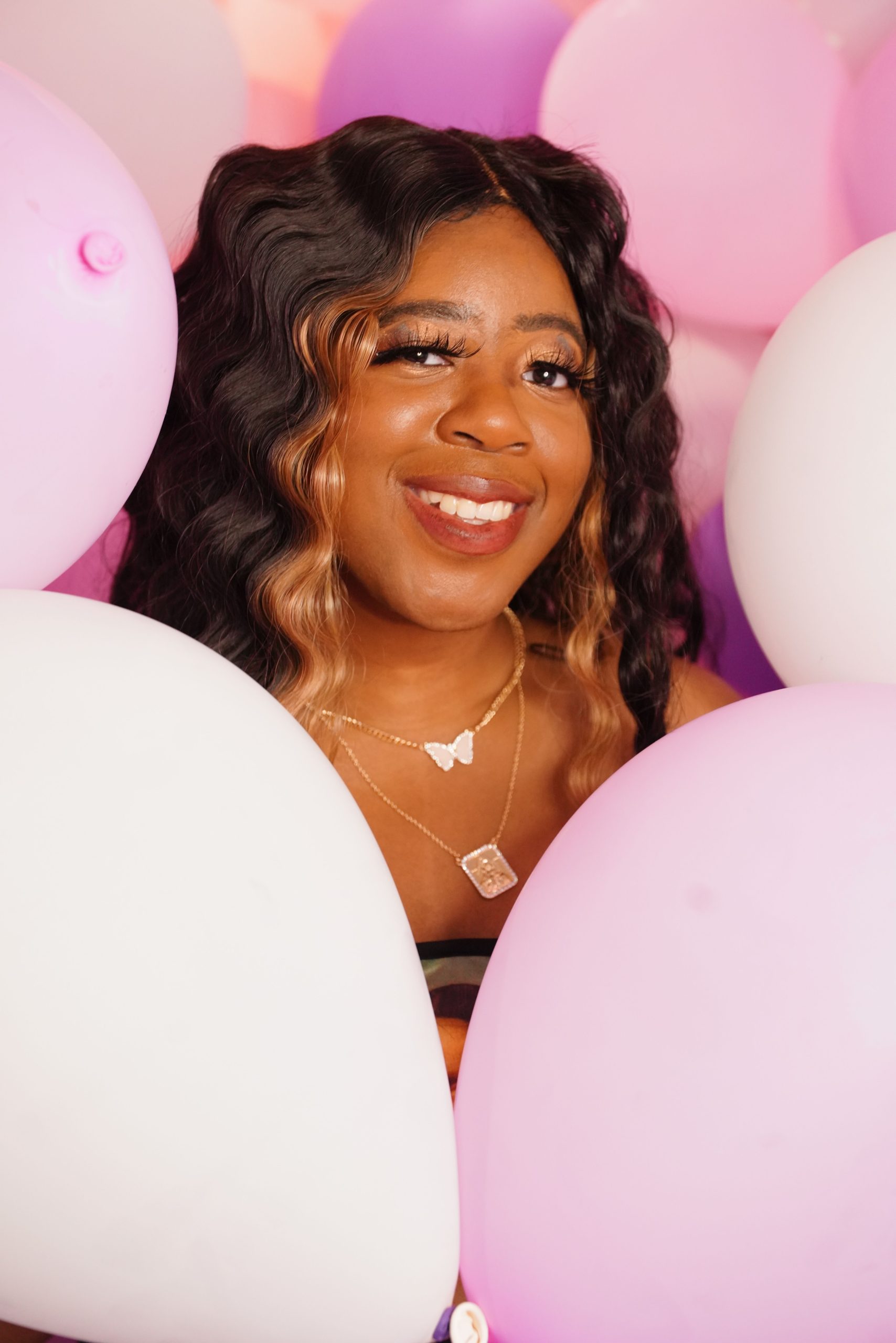 Arianna’s collection was inspired by the 2018 Met Gala, “Heavenly Bodies and the Catholic Church.” One of her biggest goals in life is to someday be able to design a look for the Met Gala. She fell in love with the 2018 theme and thought everyone had great looks that year and just knew she wanted to use it as the inspiration for her collection.

One of her favorite looks from her collection is the ballgown she created, based off the look Ariana Grande wore to the Met Gala that year, which was one of her favorite looks from the gala. She found a fabric with a similar Renaissance-style painting printed on it and the dress features a lot of ruffles and trims. The gown also includes a train. The fabrics utilized include a shimmery organza in addition to the painting printed fabric.

Arianna sees herself working as a designer or associate designer for a company. She could also see herself being a trend forecaster, personal/celebrity stylist. She loves designing creative looks and making mood and trend boards. She enjoys researching different trends and looking at what’s popular and seeing different trends. She hopes to eventually design couture pieces at an atelier and design for New York Fashion Week. She also sees herself someday owning her own stores and boutiques under her name.

The hardest part of making her collection was the overall construction. She’s not a big seamstress and some of her pieces had unique elements that were more difficult to construct than she expected. Time management was also something she struggled with as she had to schedule out time to work on her collection with only estimates of how long it would really take, and she had to find time to ask others for help on what she was unsure of.

The target market of her collection would be younger people, like Gen Z and late millennials that are stylish and up on trends. Those who have a style similar to Gigi Hadid and Zendaya.

Arianna describes her design aesthetic as sexy, modern, elegant, sophisticated, but also cool. She likes editorial elements and strives to create things unlike what is seen in stores. She prefers designing eveningwear and couture pieces.

Her favorite parts of the design process include selecting her fabrics and getting swatches from the fabric store. She also enjoys sketching out her ideas and being able to get them on paper. Seeing her finished product at the end is also something she enjoys as it leaves her with a feeling of accomplishment.

She feels the Stevenson Fashion Design Department has really helped her to narrow down her design aesthetic. She felt she was able to explore and find her niche to focus on as a designer. She also feels she has learned important skills such as the different steps of the design process and Adobe Illustrator.

Celebrities Arianna would like to design for include Rihanna, Beyoncé, and Zendaya. She admires these three women very much and feels their aesthetics fit well with her designs, especially Rhianna. She finds Rhianna to be a major style inspiration and tries to imagine what kind of clothing she would wear.