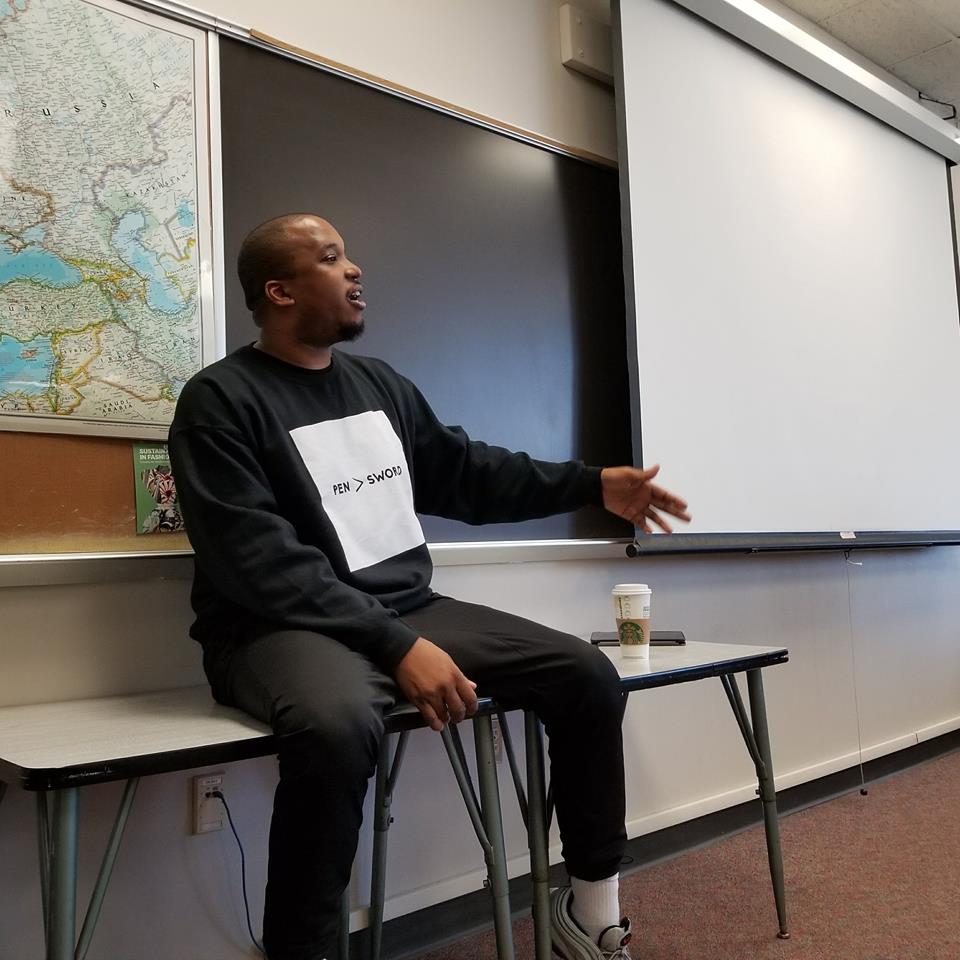 In Ryan Roche’s blog, 3NgL1$h TwoTw3Nty F1ve, he reflects on the social analysis and critique that permeates D.Watkins’ writing and speaking. Roche writes,

Contained within Watkins’ reflections, his readings offered commentary on America’s social structure, the similarities of various activities undertaken by serial escapists and what Watkins sees as the flaws of organized religion. Through various excerpts and anecdotes, Watkins also voiced his thoughts on drug policy and the military-industrial prison complex.

Roche found the talk both political hard-hitting and personal: “D. Watkins seemed very down to earth… Joey and myself were some of the last students to leave and Watkins looked exhausted, but still made time to talk one-on-one.”

For English minor Shaiyke Jordan, Watkins’ authenticity and his advice on writing were the takeaways:

Amongst the great advice D. Watkins gave, the thing that is sticking with me is what he said when he came to speak to my English class. One student asked him a question about comparing himself to other writers and adopting some of his writing style from the work of other writers, but D. Watkins responded by saying that he doesn’t like copying other writers. He said that copying other writers isn’t his style at all because then his writing wouldn’t be authentic or true to him; and as someone who has been struggling recently with his writing in an attempt to sound more authentic, I really took his words to heart.

Jordan offers more impressions of the visit in his ENG 225 blog Ur A Jeenyiz.