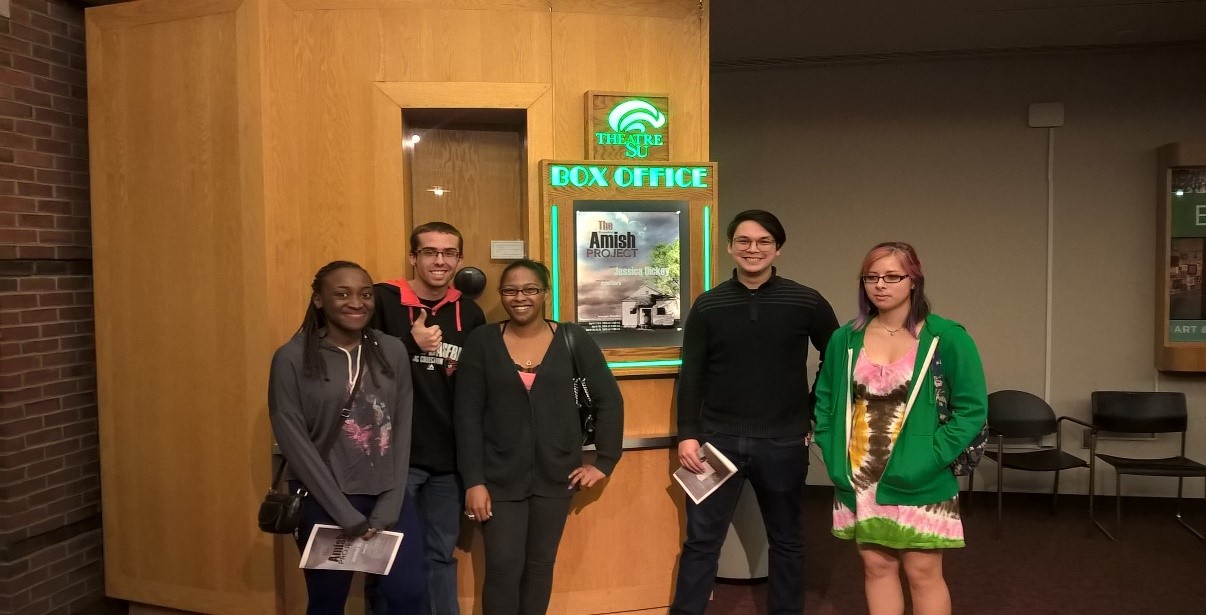 On April 15th, English Club attended a showing of The Amish Projectat the Greenspring Inscape Theatre. The play was filled with raw emotion, sensational acting and timely topics. These topics include the Amish community, the media, and family relationships that all seem to fall apart because of one major event.

The Amish Project is about a shooting that takes place at an Amish school. There are various other sub-plots that occur as well, for example, the life of Carol, the shooter’s wife. The power behind the play is compelling and nearly intoxicating. With the main subject matter being as serious as this, the actual acting and boldness of each character is refreshing.

The stage props were stimulating. The projected colors on the screen changed with the development of the plot and there was a giant cut out of a school building with a functional chalkboard. There was also wooden furniture, such as chairs and a table, which the actors would frequently move around the stage. The way the stage is set up at the start of the play however, is what truly brings the focus to the Amish world; there are five or six potted saplings that are, one by one, taken off the stage at the beginning of the play by certain characters. This represents loss in the lives of these characters and successfully sets the mood for the entire play.

I enjoyed the play and took away the message of wavering faith with the coming of loss and the ways we choose to move on. I recommend for any and every one to see this play. I was nearly brought to tears and I’m sure you will be too.