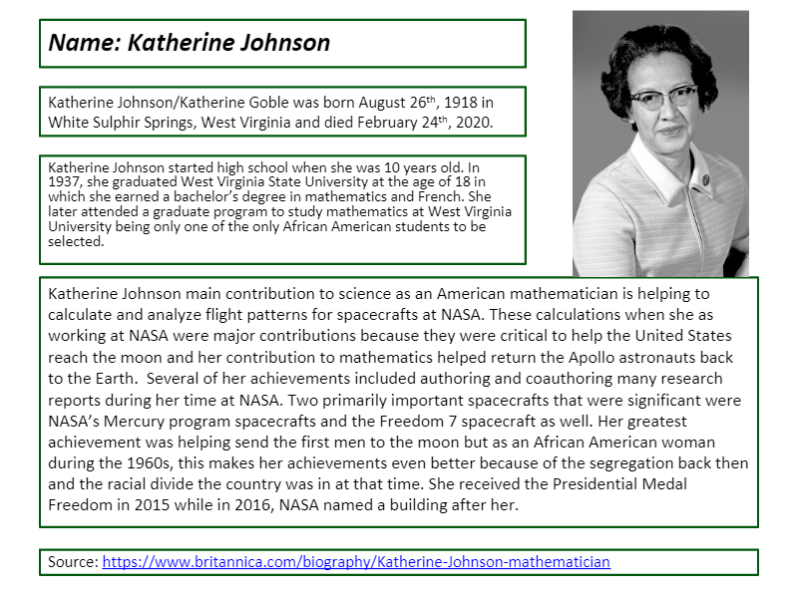 The chemistry department began having students research notable black scientists during Black History Month but decided to keep the project going all semester long. Students in Ms. Bailey’s General Chemistry class have been creating short presentations every week, and this month, they began including less recognized minority and women scientists. They may be seldom referenced in math and science textbooks, but that does not make their achievements any less important. If you would like to read about the scientists they have presented, click on the above photo of Katherine Johnson.