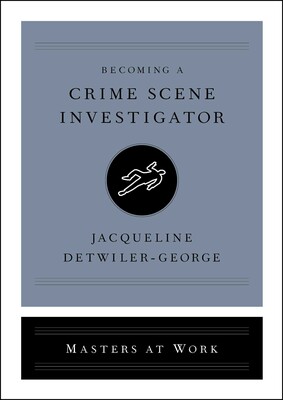 Erika Harden is a CSI with Baltimore Police, but she’s also an alumnae from Chemistry ’14 and Forensic Science ’15. She also teaches as an adjunct instructor of Forensic Science in SUO. Erika, and her director, Rana DellaRocco, also an adjunct FSCI instructor, were featured in a recent publication “Becoming a Crime Scene Investigator” by Jacqueline Detwiler George. The author shadowed Erika on her shift as a Crime Scene Technician at BPD and described in the book what a day in the life on a crime scene team really looks like.