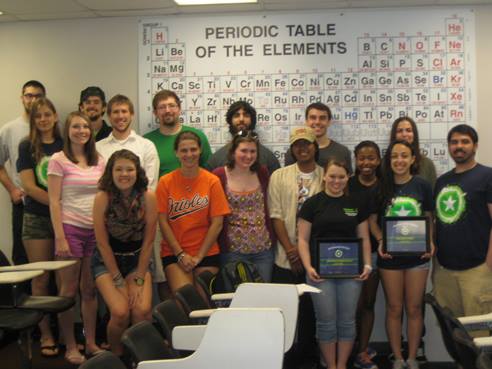 Congratulations to the American Chemical Society (ACS) Club for winning not one, but two, awards this year! The club won Outstanding Club of 2015. This award “recognizes an organization that has contributed to the Stevenson Community through excellence in meeting the four foundations of civic engagement, education, personal development, and collaborative leadership.” The club was also awarded the Best Educational Program for the Chemistry Magic Show. This award “salutes a program connected with the mission of the organization to educate the Stevenson University community on a particular topic.” What a great end to such a fun and successful year!

The picture above was taken at the end of year lunch. Club officers, Shelby Litz and Michele Collingsworth, are holding the plaques for the awards.