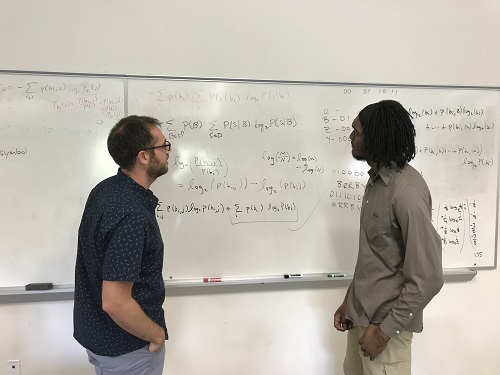 As part of Stevenson’s Summer Science Scholars Research Program (S3RP), math professor Dr. Ben Wilson and rising Applied Mathematics junior, Joshua Lang, are doing research this summer in the field of information theory. Using concepts such as entropy, they are working to compute the predictability of several musical compositions as a parallel of the work done by Claude Shannon in 1948 in which he computed the entropy of written English. Entropy measures the average information produced by letters in a text based on letter and n-gram frequencies. They are analyzing the predictability and information entropy of various musical compositions and randomly generating new musical compositions based on their n-gram note frequencies.