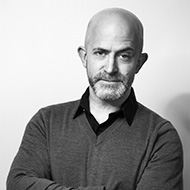 A member of both the Online Film Critics Society (OFCS) and the Washington DC Area Film Critics Association (WAFCA), with full Rotten Tomatoes accreditation, Professor Reed is lead film critic at Hammer to Nail and the editor of Film Festival Today. He is also a voting member of the Black Reel Awards. In addition, he is the author of Film Editing: Theory and Practice. He tweets @chrisreedfilm.