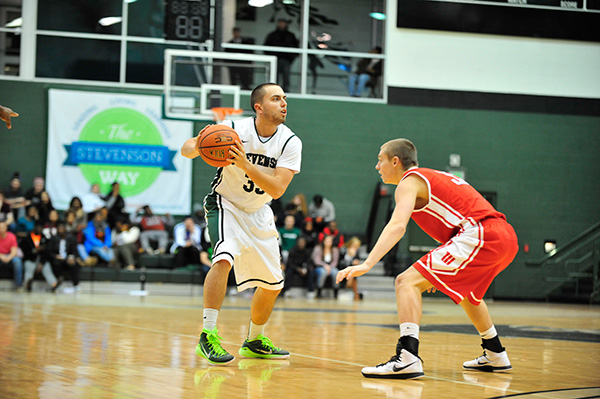 Stevenson University will join Maryland’s state-wide campaign to commemorate the 200th Anniversary of the Battle of Baltimore, and the creation of what would become our national anthem, when it hosts “Stevenson University’s Star-Spangled Salute,” Wednesday, September 10 at the University’s Inscape Theatre, located at the Greenspring campus, 1525 Greenspring Valley Road, Stevenson, MD 21153.

The event begins at 1:30 p.m. with a screening of the documentary “Anthem,” a look back at the people and events that shaped the Star Spangled Banner. The screening will be followed by a Q&A with the film’s producer, Mark Hildebrand, and a panel discussion, which will also feature members of Stevenson’s Public History program and Music faculty.

At 7:30 p.m., Stevenson’s Greenspring Valley Orchestra will join forces with local TV host and singer Carolyn Black-Sotir to present “An American Salute: Music of Our Nation.” Also featured in the program are Washington National Opera baritone Thomas Beard and the Music of Our Nation Vocal Quartet. The concert will celebrate the country’s history as well as music from war-torn 19th-century America.

Both events are free and the public is invited to attend. The program was in part made possible thanks to a generous grant from The Peggy and Yale Gordon Trust.

“We are very excited that Stevenson University will be making an important contribution to this commemoration with an event that will provide an inter-disciplinary showcase,” said Bob Suggs, D.M.A, Conductor of the Greenspring Valley Orchestra and Stevenson Professor of Music. “The program will include historical and musical perspectives highlighting the significance of those events which helped to shape our country. Stevenson University’s tribute is the only one taking place in northern Baltimore County, which makes it all the more special to our community.”