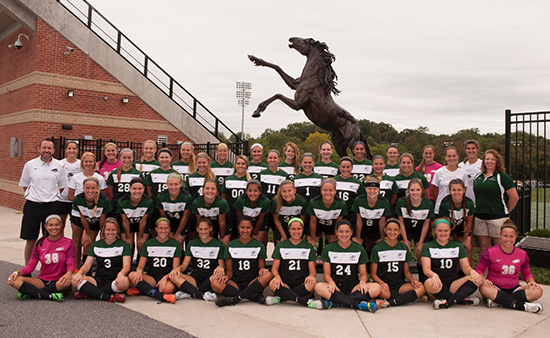 For the third straight year—and the fifth time in six seasons—the Stevenson women’s soccer team was honored for its success in the classroom as the squad earned the National Soccer Coaches of America Association (NSCAA) Team Academic Award for the 2014-15 academic year after posting a 3.28 collective grade point average.

The NSCAA annually recognizes college and high school soccer programs that have excelled in the classroom, in addition to their work on the field. A total of 867 soccer teams (307 men, 558 women) posted a team grade point average of 3.0 or higher, thereby earning the NSCAA College Team Academic Award for the 2014-15 academic year.

Stevenson returns to action on Saturday, September 26 when the Mustangs travel to face No. 22 Haverford in a non-conference contest beginning at 1 p.m.