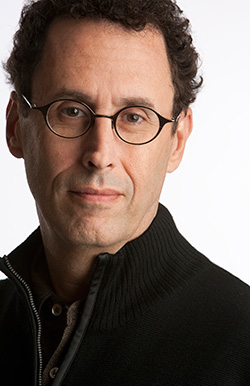 Stevenson University will host the 40th Annual Comparative Drama Conference, March 31-April 2 at the Pier 5 Hotel in Baltimore’s Inner Harbor. This international, interdisciplinary event is dedicated to all aspects of theater and drama scholarship, including textual and performance analysis.

This year’s featured speaker is Pulitzer Prize and two-time Tony-award-winning playwright Tony Kushner. Kushner, who also received the 2013 National Medal of Arts from President Obama, will deliver his keynote address, Friday, April 1 at 8 p.m. The conference’s full schedule can be viewed, here.

Kushner is best known for his two-part epic Angels In America: A Gay Fantasia on National Themes, which received both the Pulitzer Prize and two Tony Awards. His other plays include A Bright Room Called Day; Slavs!; Homebody/Kabul; The Intelligent Homosexual’s Guide to Capitalism and Socialism with a Key to the Scriptures; and the book for Caroline, or Change, for which he earned the London Drama Critics’ Circle Award and the Laurence Olivier Award. Kushner wrote the screenplays for Nichols’s film of Angels in America and Spielberg’s Lincoln; the latter was nominated for an Academy Award and won the New York Film Critics Circle Award, Boston Society of Film Critics Award, and the Chicago Film Critics Award.

“Stevenson University is delighted to join with the conference to unite nearly 200 leading scholars from around the world for a weekend dedicated to academic collaboration in the fields of English, Theatre, and the Classics,” said Laura Snyder, Stevenson Professor of English Language and Literature and Director of the Comparative Drama Conference. “Tony Kushner is not only phenomenal playwright who does this amazing job of spurring the audience to explore the most divisive political issues, but he’s also an amazing stylist. He can take a variety of different aesthetic techniques and meld them into something completely new.”