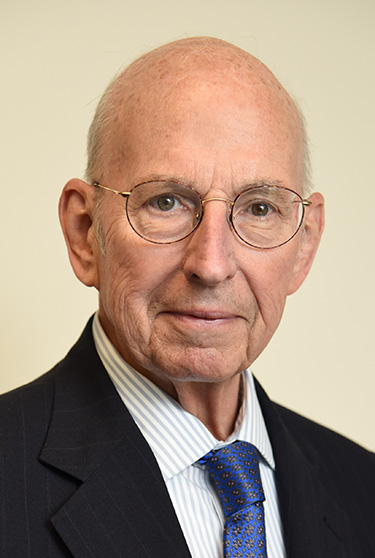 Stevenson University’s Board of Trustees has elected James B. Stradtner, CFA, Chair of the Board of Trustees. Stradtner, who joined the Board in 2002 and who has served as Vice Chair since March 2014, will replace outgoing Chair Kevin G. Byrnes effective July 1, 2015. Byrnes, who helped oversee more than a decade of Stevenson’s growth and expansion—including the institution’s name change and transition to university status—has served as Board Chair since 2005.

“Our Trustees may be ‘behind the scenes,’ but they are essential to everything we do here at Stevenson,” said Stevenson President Kevin J. Manning, Ph.D. “Jim’s service on our Board has been invaluable to our success during the past several years, and we look forward to his leadership in the years to come.”

Stradtner is a Senior Advisor at Century Capital Management and the Managing Partner of Century Private Investments, LLC. He joined Century in 1996 after 21 years with Alex Brown & Sons, where he was a General Partner and a Managing Director and headed up the Insurance Investment Banking Group.

Stevenson’s Board has also elected four new board members. They are:

Stevenson University, known for its distinctive career focus, is the third-largest independent university in Maryland with more than 4,400 students pursuing bachelor’s, master’s, and adult undergraduate programs at locations in Stevenson and Owings Mills.