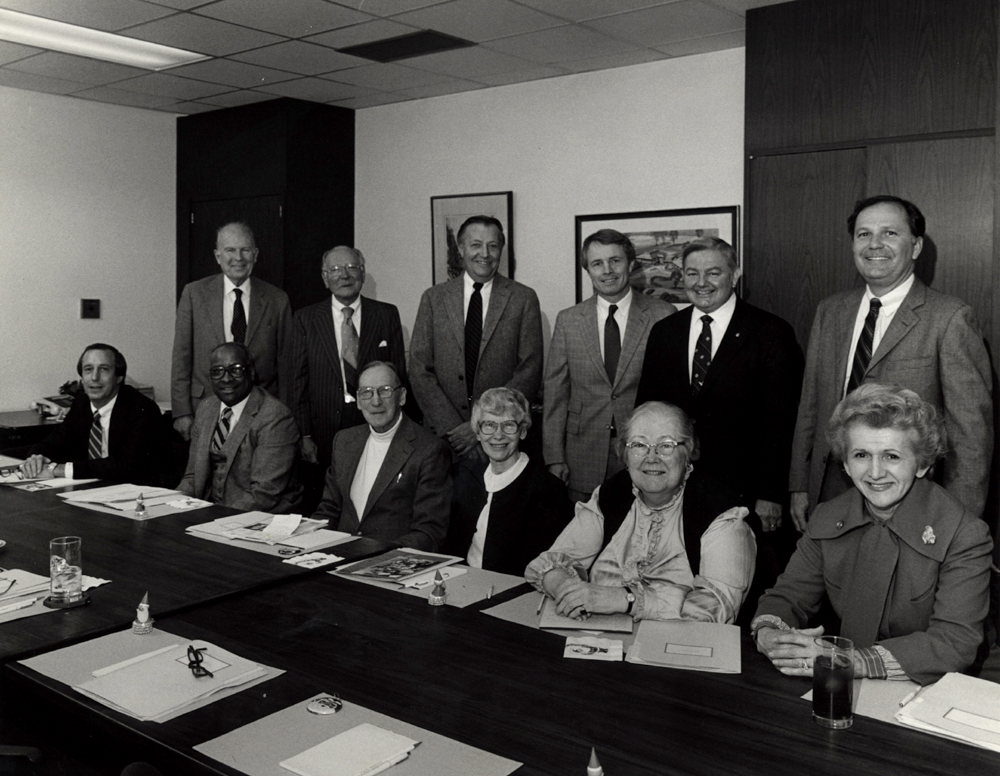 Helen Delich Bentley, lower far right, with the Board of Villa Julie College in 1980.

Stevenson University is saddened by the passing of Helen Delich Bentley. The former Maryland Congresswoman had a long and active record of service to the University.

Bentley’s history with SU goes back to its days as Villa Julie College. She was invited to join the Board in October 1974 and served until January 1994. She was reelected in July 1996 and served a second term until September 2005. During that time, she supported the College in numerous ways, including making gifts as well as soliciting them on our behalf. Additionally, Bentley supported the approval of VJC’s Paralegal Studies program in January 1985 and was the VJC Commencement speaker in 1986, when she was awarded an Honorary Doctorate of Humane Letters.

Outside of Stevenson, Bentley, who graduated from the University of Missouri with a degree in journalism, had a lively and varied career path. After accepting the position as the maritime editor of the Baltimore Sun in 1945, she became devoted to maritime issues. In 1969, she was appointed chair of the Federal Maritime Commission, the first woman to hold the post. She also served as a member of Congress, representing Maryland’s Second District from 1985 to 1995. Her achievements were well noted: She was inducted into the International Maritime Hall of Fame in 2004, and in 2006, as part of its 300th anniversary celebrations, the port was re-named the Helen Delich Bentley Port of Baltimore.

“We greatly appreciate that Helen found the time, among her other important contributions, to support and advocate for us over several decades,” said President Kevin J. Manning, Ph.D. “She will be missed but her legacy of tireless service will never be forgotten.”