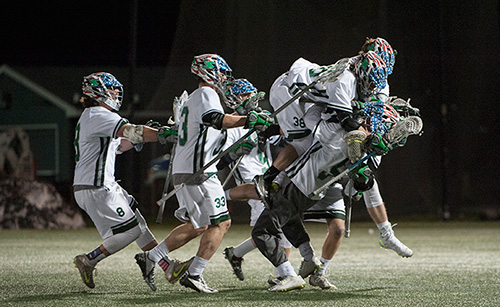 Stevenson (4-4) defeated a No. 1 ranked team for the second time in program history, and for the first time since topping top-ranked Salisbury in the 2010 Capital Athletic Conference championship game. For Tufts (4-1), the loss snaps a 13-game win streak dating back to last April 18 against Amherst. It also marked the first non-conference loss for the Jumbos since a 15-9 loss to Stevenson on March 18, 2014.

Read the full recap on GoMustangSports.com.