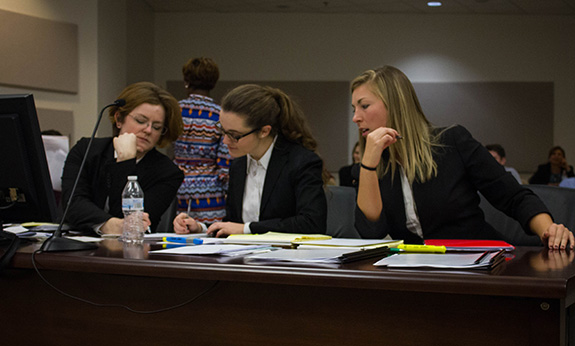 Officially sanctioned by the American Mock Trial Association (AMTA), the tournament served as a fitting warmup for the group of teams, which will compete in a regional AMTA tournament at the University of Maryland School of Law next month.

“This tournament, which brings together talented teams from across the northeast region, provides students with a wonderful opportunity to learn the importance of team camaraderie while improving their critical thinking and public speaking skills,” said Melanie Snyder, Professor of Law and Coach of the Stevenson team.

The Charm City Classic Invitational Tournament is made possible by the financial support of the Murthy Law Firm. Board of Trustees member Sheela Murthy handed out awards at the end of closing ceremonies.