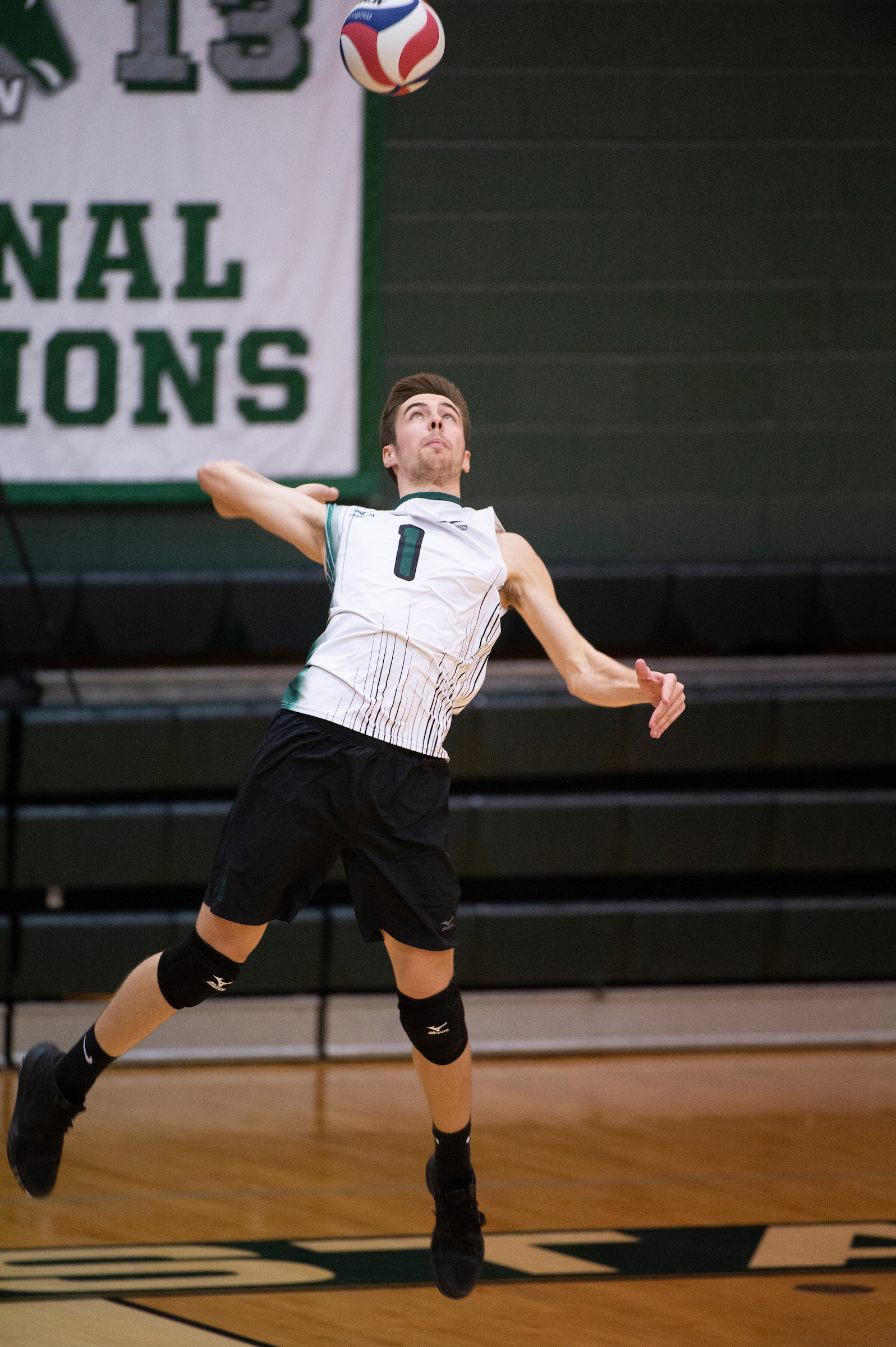 Stevenson University men’s volleyball player Landon Shorts recently became the all-time NCAA leader in all divisions for career service aces. He registered his 256th career ace against Widener on March 1 at home, surpassing the record of 255 held by UC Santa Barbara’s Evan Patak, who played from 2004-07. Shorts’ current record is 263.

“I’m excited and honored to have put Stevenson’s men’s volleyball team in the record books for breaking the NCAA All-division aces record,” Shorts said. “Stevenson has provided me with the opportunity to play the game that I love at a very high competitive level.”

The team’s coach, Aldis Berzins, an Olympic gold medal winner with the 1984 United States men’s volleyball team, said, “Landon is looked up to by his teammates. He’s a leader and has a way of speaking up both in tough times and when they have good results. He also has a natural ability as a player that is hard to teach. It doesn’t surprise me that he set a record in aces.”