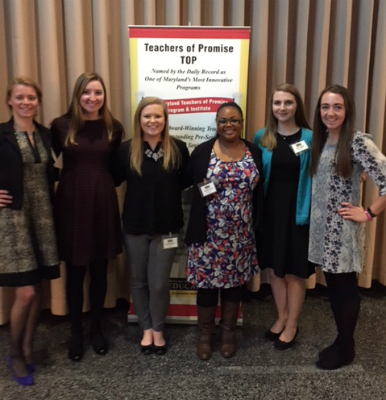 Seven interns from Stevenson University have been named 2018 Maryland Teachers of Promise.

The seven interns, accompanied by Robert Pelton, Professor of Education, attended the Teachers of Promise Institute held at Martin’s West in Baltimore on April 20. In addition, each intern will be paired with an award-winning veteran teacher mentor (such as a Maryland Teacher of the Year, Milken National Educator, or Blue Ribbon School master teacher) who will act as an online mentor during the transition period from senior to beginning teacher.