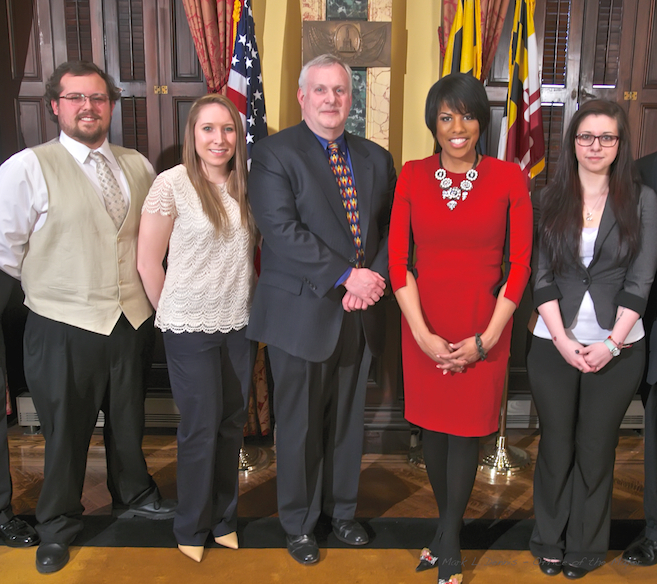 On Wednesday, March 26, four Stevenson Public History students were honored with certificates of commendation by Mayor Stephanie Rawlings-Blake of the City of Baltimore.

Earlier this year, the students completed a research project similar to that of a “cold case” mystery when they provided an answer to why a soldier from Baltimore was in a 12th century French church tower in February 1945. The Stevenson University research team included Public History majors Brett Trace ‘13, Tori Woodard ‘14, Dan Scotten ‘14, and Lindsay McCrea ‘14, as well as faculty members Anne Kerns (French) and Glenn T. Johnston (Public History).

The assignment was presented to the Stevenson Public History program by the mayor via the Maryland National Guard. After receiving the request on October 15, 2013, the students — within a three-week period — were able to respond with a 14-page report identifying the soldier, his family, the unit in which he served, the reasons for his presence in their village, as well as his life following the war. The report was delivered on November 11, 2013, Veterans Day.