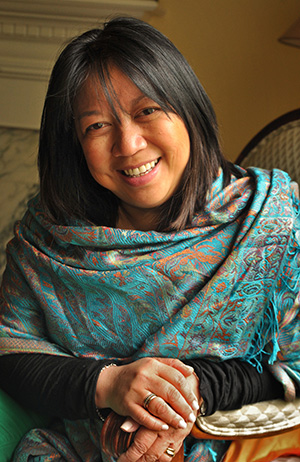 Stevenson University’s Film and Moving Image program will welcome documentary filmmaker Ramona Diaz to campus as its spring 2016 artist-in-residence. The department will host a screening of Diaz’s latest film, “Don’t Stop Believin’: Everyman’s Journey,” Thursday, Feb. 11 at 7 p.m. in the School of Design Soundstage on the Owings Mills North Campus, 11200 Gundry Lane, Owings Mills, MD 21117. The screening will be preceded by a reception at 6 p.m. The event is free and open to the community.

Diaz is best known for her compelling, character-driven documentaries that combine a profound appreciation for cinematic aesthetics and potent storytelling. In addition to her film screening and subsequent Q&A, she will spend time in the classroom working with Film and Moving Image majors.

“There are an enormous amount of career opportunities in the documentary field, and so it is with great joy that we welcome noted documentarian—and Baltimore resident—to campus,” said Christopher Llewellyn Reed, Chair and Professor of Film/Video. “Her films—all of which tackle subjects related to her native Philippines—are superb examples of the power of non-fiction visual storytelling.”

“Don’t Stop Believin’” is a feature length documentary film about the iconic ’80s band Journey and their new lead singer, Arnel Pineda, whom the band discovered through YouTube.

“We know that both his story—and the story of how the film was made—will be spectacular inspirations for our students,” Reed said.