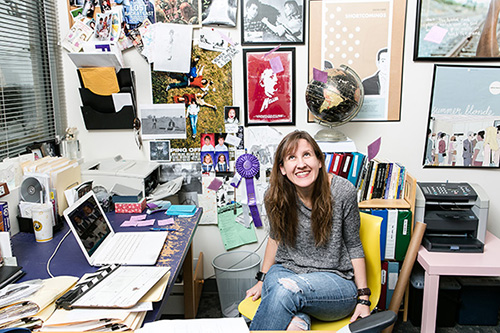 Stevenson will host a screening of the feature-length film Hellion (based on the short film of the same name) on Thursday, September 25 at 8 p.m. in the School of Design Soundstage on the University’s Owings Mills North campus located at 11200-A Gundry Lane, Owings Mills, MD 21117. Hellion, starring Aaron Paul (Breaking Bad) and Juliette Lewis (Cape Fear, Natural Born Killers), premiered in the U.S. Dramatic Competition at the 2014 Sundance Film Festival and was released in theaters and on VOD through IFC and Sundance Selects.

The screening will be preceded by a reception at 7 p.m. Both events are free and the community is invited to attend.

During her visit at Stevenson, Candler will spend time in Film and Moving Image classrooms and share personal insight into several of her screenings with Stevenson students.

“We can’t wait for her to arrive and share her invaluable life and career knowledge with our students, and we know she will be able to translate her experience into accessible lessons,” said Christopher Llewellyn Reed, Chair of the Film and Moving Image program. “All of our students graduate with a number of completed short films under their belt, which they will use as calling cards as they pursue careers in their field. We think Kat is an excellent role model to show them how it’s done.”