Skip to content
Stevenson University Online  /  About Us  /  News  /  The Big Hurt: Medicare Fraud and the False Claims Act

The Big Hurt: Medicare Fraud and the False Claims Act 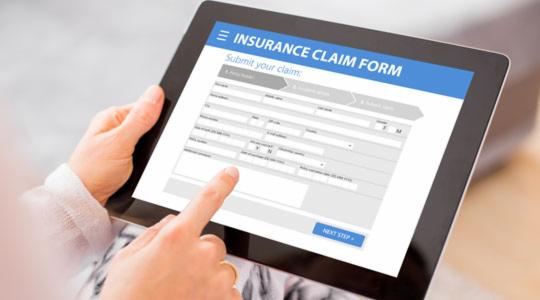 Many healthcare frauds are perpetrated by doctors and other medical professionals. In this case, a large hospital provider based in California, Prime Healthcare, its subsidiaries and Prime’s Founder and Chief Executive Officer, Dr. Prem Reddy, were allegedly submitting “false claims to Medicare by admitting patients who required only less costly, outpatient care and by billing for more expensive patient diagnoses than the patients had (a practice known as ‘up-coding’),” according to a U.S. Department of Justice press release. This activity allegedly took place from 2006 until 2013.

A whistleblower in the case, Karin Bernsten, supplied much of the information for the investigation based on her personal knowledge of Prime’s fraudulent billings and improper hospital admissions. She was a nurse and former Director of Improvement at one of Prime’s hospitals in San Diego. She filed a qui tam lawsuit under the federal False Claims Act in 2011 and federal prosecutors resolved allegations that “Prime engaged in a deliberate, corporate-driven scheme to increase inpatient admissions of Medicare beneficiaries who originally presented to the Emergency Departments at the 14 Prime hospitals in California.” A qui tam lawsuit allows for a whistleblower to undertake civil litigation if fraud against the government is alleged; if the evidence of fraud is available and the government intervenes, then it takes over the civil fraud case, often in tandem with a criminal investigation.

Evidence and information in an investigation can be collected through observation, interviews, tips, informants, document reviews, and data mining. Even though not classified as an investigator, Ms. Bernsten used her knowledge to observe patterns of fraudulent behavior utilized by Prime Healthcare. Her tips provided the basis for the investigation. Once federal investigators became involved, it is safe to assume that employees and patients were interviewed. Documents and patient records could also be used to corroborate Ms. Bernsten’s allegations and to confirm that similar activity was occurring in Prime’s other hospitals. Payment and financial information were also likely used to “follow the money.”

The gathering of documents such as patient records and accounts receivables enhances the investigator’s case and provides strong forensic evidence. As a federal health care case, law enforcement investigators most likely requested data analysis from the appropriate Unified Program Integrity Contractor (UPIC), a private entity contracted to the U.S. Department of Health and Human Services, who is tasked with the detection and action against fraud, waste, and abuse portion in the Medicare A and B programs. A forensic audit may have been conducted to trace funds and identify instances of overpayments. A damage (loss) calculation or impact to the government calculation likely was also performed to identify the amount of fraudulent claims and overpayments to Prime.

Prime Healthcare denied the government’s allegations of upcoding and falsifying patient diagnoses to increase Medicare reimbursement. An article in the San Bernadino Sun quoted a Prime spokesperson as saying that Medicare does not give clear guidelines for inpatient admission and “‘second-guesses the treating physicians’ decision regarding the level of care a patient needs.” The case was ultimately settled in 2018, without Prime admitting fault. In the settlement agreement with the United States, Prime Healthcare and Dr. Reddy must pay a combined $65,000,000 to settle the allegations brought against them. Prime was also required to enter into a Corporate Integrity Agreement with the U.S. Department of Health & Human Services for the next five years. The agreement requires Prime to retain an independent review organization to identify and detect any future frauds, as well as verify the accuracy of the company’s claims for services to Medicare beneficiaries. For her part, Ms. Bernsten received $17,225,000 as her portion of the settlement amount under the qui tam provision of the False Claims Act.

Lora Newnam graduated from Salisbury University with a BS in Liberal Studies. Currently, Lora is pursuing a Master’s degree in Forensic Investigation at Stevenson University. She is currently employed as an analyst reviewing possible cases of fraud, waste, and abuse contract for a Medicare program integrity contractor.

Stevenson University’s fully-online Master of Science in Forensic Investigation program prepares students to effectively conduct interviews and collect physical evidence for the purpose of synthesizing the results into factually accurate and objective reports and court testimony. Contact us today at 1-877-531-7118 or suo-inquiry@stevenson.edu to learn more.