Legal Teams and their Role in Securing Contracts 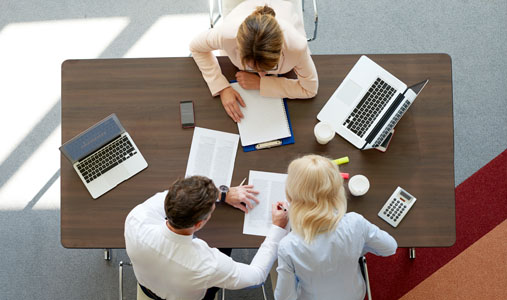 When the news references athletes or recording artists, it is not uncommon to also hear about contracts that they sign with entities such as sports teams, record labels, and brands for endorsements. While the public is typically only made aware of the monetary value and benefits associated with such contracts, there are many unseen terms and conditions, which legal teams and agents must carefully analyze and modify to ensure that all parties involved benefit from the deal.

Recording contracts involve many intricate details and requirements, which can work well for the artist and label, or can prove to be points of contention. One essential aspect of a recording contract, and perhaps the most important one, is the matter of royalties. The term royalties is an inclusive term, and consists of revenue generated from a body of work, which are songs or albums in the case of a recording artist. A key component of contracts is the advance that is paid to an artist. The advance is an upfront amount given to the artist, which allows them to sustain their lifestyle. In many deals, the advance is first collected from artist revenue before they are able to collect royalty payments. In first creating a contract, labels and artists are able to agree on royalty percentages, with most percentage splits favoring the label in order to earn profit on their investment in the artist.

Another main component in contracts is that of copyright. Typically, the artist gives the copyright of music under their name to the label, who can then utilize the artist’s music as they see fit, even if the artist is no longer under contract. Tying into this idea is the issue of creative control. Creative control covers a wide range of outputs, including artist image, name, and how they present their music. Labels are able to decide whether they want certain songs released, and if they do not approve, artists must record until the label deems a body of work satisfactory. Negotiating creative control can come with the benefit of having more leeway, or with the detriment of a label denying such control.

When finalizing contracts, it is necessary to have a team of individuals who are well-versed in legal terms and proceedings. Contracts are complex documents which utilize specific language to ensure a desired result. Professionals who are aware of how specific wording is used are able to spot red flags or loopholes within specific contracts. In situations such as contract negotiations, it is highly important to be knowledgeable and possess the ability to understand the terms and conditions within the agreement. Education in law, legal studies, and entertainment law places individuals in a learning process where they can develop a working knowledge on legal proceedings and binding agreements.

While recording contracts and athletic contracts are in two separate realms, they also share quite a few similarities, such as being set in place for a specific amount of time, and having certain clauses and conditions. A distinctive trait of sports contracts is that star athletes often get hundreds of millions of dollars per contract. An example of such is James Harden, NBA superstar who signed a $228-million-dollar deal in July 2017. Attaining contracts of this nature is by no means an easy feat. Not only must athletes possess a great degree of talent, they must also have a representative to handle the business and legal side of things. Sports agents are the legal representatives of athletes, and are responsible for ensuring that not only athletes get the best contract possible, but that the terms are also fair and favorable. According to an article on Villanova University’s website, “There are three general types of contracts for athletes: Professional services contracts, endorsement contracts and appearance contracts.” With a range of deals and offers to sift through, the agent must analyze language, conditions, and benefits of each contracts in relation to which best suits the needs of the athlete.

Deviating from the standard of having agent representation, some athletes opt to act as their own representation. Russell Okung, NFL player for the San Diego Chargers, elected to be his own voice in the league. Russell says, “I know my worth. I can look at the market and go directly to a team without an agent and tell that team my worth. And I can do so with confidence because I’ve done my research, I’ve educated myself and I’ve questioned the answers I’ve been given.” Because Okung has proved his worth over the years, he has been in a position where he has an important tool in negotiations- leverage. Even in the case of self-representation, Okung still hires a law expert who is well versed in the field in order to finalize the contract.

In traditional fashion, contracts are completed when the terms of the deal have been fully met; whether that may be a certain number of albums for a musician or a certain number of seasons for an athlete. In these situations, the contract is either extended, or the parties split ways. In some circumstances, one party may become unsatisfied with the terms of the deal, and attempt to terminate the contract. With music particularly, attempting to leave a contract is subject to legal battles and conflict. Because contracts are legally binding, simply deciding to exit the agreement is virtually impossible. When entering into the contract, legal consultation is heavily advised, to avoid signing in agreement with unfavorable terms. In some cases, however, unforeseen circumstances can bring about an early termination of the agreement. An example is that of Chris Bosh, former Miami heat player. Bosh was under contract with the Miami heat, but ended up being unable to perform due to career ending injury. Despite the inability to perform in accordance with the contract, Bosh will still continue to receive payments totaling about $50 million from Miami based on the terms that were agreed.

Lawyers, legal teams, and professionals well-versed in law are key figures in all walks of life, whether in sports and entertainment or ensuring that a criminal is brought to justice in a court of law.