How Fitness Apps Track More than Your Exercise Routines 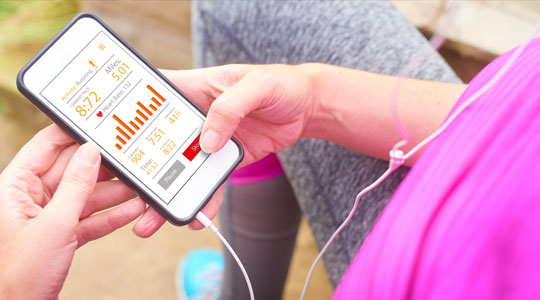 Per Flurry Analytics, health and fitness app usage has grown by over 330 percent in the last three years.

Health and fitness apps have grown from simple step-counters to holy grails of healthy living. Some apps not only count your steps, but monitor your heart-rate, provide suggestions on how to more efficiently work exercise into your schedule, and keep track of your sleep and eating patterns. These apps track, store, and analyze data using complex algorithms that did not even exist five years ago, much less were in development or in practice. But where does all of the data go? Who sees it and owns it? And, perhaps most importantly, how can this data be used? These are just a few of the questions that have become increasingly embroiled in debate by prominent voices across the country.

Truly, some of these questions do not have easy answers. The complexity and legality concerning some of the questions asked surrounding health and fitness apps make it a hard conversation to pursue. However, these complexities do not make the problem go away. If you have an iPhone, for example, whether you know it or not, you have an app on your phone dedicated to health that tracks your steps called HealthKit. And if you have an app that tracks your steps, you have an app that’s tracking where you are at all times. As for the data, anyone can access it. It may sound far-fetched, but due to data aggregators like Strava, anyone – whether they are a college student conducting research or a military superpower developing future strategies – can access a stockpile of raw consumer data that we unwittingly contribute to.

How the Apps Work

The aforementioned Strava, for example, aggregates data from any GPS-enabled device, such as Fitbits, Garmins and cellphones so they can “connect the world’s athletes” on their own social media platform, the Global Heatmap. When viewing the Global Heatmap, vibrant light emanates from Europe, the United States, Japan, China in an effort to highlight large clusters of data. There are, however, newly-discovered blinks of light in otherwise slates of darkness. This may not be an issue for the tourist in Guadalajara, but to the soldier conducting sensitive operations while using a GPS-enabled device, this could be a major problem. In that scenario, you are not only contributing to a stockpile of data, you have just compromised your position. Even in those aforementioned large clusters of data, it is remarkably easy to sift through data with great precision, even down to a single individual. According to an article posted on the Wall Street Journal, Russia has already developed the capability to track individuals using similar data.