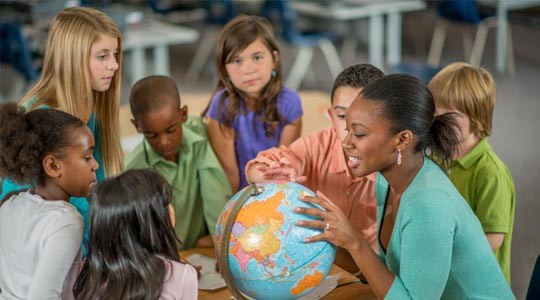 Anyone who travels, either locally or internationally, has likely been exposed to the different cultures of the regions they have visited. Culture is dynamic because it can vary in locations that are mere miles away from each other. In light of Stevenson’s new post-baccalaureate certificate and Master of Arts in Community-Based Education & Leadership, this post explores what cultural awareness is and how it can promote effective communication.

What is Cultural Awareness?

According to reference.com, cultural awareness is defined as “the ability to recognize the different beliefs, values, and customs that someone has based on that person’s origins, and it allows a person to build more successful personal and professional relationships in a diverse environment.” Culture exists on many different levels, varying from one’s dress to their mannerisms and how they carry themselves. Cultural awareness goes beyond simply recognizing different cultures. Action is at the core of being culturally aware; requiring individuals to factor context in how they interact with others.

Cultural awareness can take form in a variety of ways, from subtle actions to more noticeable displays. In many Asian, African, and Middle Eastern cultures, accepting items with the left hand can be viewed as offensive. In a context where this is the norm, being aware of the social norm and acting in a corresponding manner can show understanding while also communicating respect. These subtle actions can make a lasting, positive impression and provide the recipient a feeling of acceptance and ease. Another example involves greeting an individual from another culture. Many individuals from Europe greet each other with a kiss on the cheek or a variant of such. That may be disconcerting to individuals who have not experienced this type of greeting, however learning of these traditions ahead of time can allow for more effective and smoother communications.

Cultural Awareness in the Workplace

While culture normally refers to overarching groups of people, there are different sub cultures that one must be aware of as well, in context with where they are. Joseph Devito, Author of The Interpersonal Communication Book, describes communication as taking place over a continuum with context being a big factor in how one communicates. Different work environments have differing cultures, and the classroom is one such example. Both the educator and the students simultaneously offer each other feedback and establish a culture specific to that class. As an educator, the ability to read student feedback while simultaneously adapting to it is an example of cultural awareness in practice.

As a leader, executing cultural awareness can be a make or break factor regarding the efficiency of a company’s output. Google has a well-documented environment that is unique, yet very efficient. Google provides employees exceptional benefits and incentives, such as free organic meals all day, Nap pods, and video game access. This is a highly unorthodox environment, but statistics illustrate that the employee output has paid off. According to the NASDAQ market, Google stock has risen from $717.22 per share in February 2016 to $847.30 in February 2017. In addition, Google made profit in excess of $4.9 billion in 2016, according to the company.

The culture of the environment is personalized yet employee-focused, and is an example of how leadership based on cultural awareness can be extremely beneficial. Stevenson’s post-baccalaureate certificate and master’s in Community-Based Education & Leadership works to not only cultivate, but rejuvenate aspects of teaching with concepts such as cultural awareness in the community. It promotes leading and managing community-based organizations such as nonprofits, as well as forging collaborative partnerships to strengthen communities and close the achievement gap by providing out-of-school time learning experiences.