How Cryptocurrencies are Changing Finance 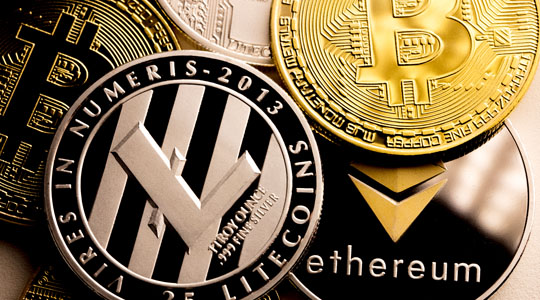 One element that sets cryptocurrencies aside from a regular currency is the fact that they are not regulated by a governing body such as a bank or government. Because of this decentralization, those who use these currencies feel like they have more freedom than using a government-issued, or fiat, currency. Fiat currencies, such as the U.S. dollar or British pound are influenced by governments in various ways, such as inflation. A variance between fiat currency and cryptocurrency is the way that fiat currency is circulated. Issuing entities can control circulation, opting to print more or less of a currency. This affects the value, and can lead to inflation or more purchasing power. On the other hand, the majority of cryptocurrencies have a finite supply, which eliminates the possibility of over circulating a specific one.

Cryptocurrencies are different than fiat currencies in how value is determined. Unlike government-issued currency, the value of cryptocurrency is dependent on the general population, and how much fiat currency is invested in it. Several factors go in to the value, such as market capitalization, media coverage, technology behind the currency, and ease of use. The values of different cryptocurrencies fluctuate by the second, often tracked on websites resembling stock exchanges. Although cryptocurrencies have their own applications, users can invest in and trade them like investments in a company or commodity. A big factor that goes into the value of a cryptocurrency is the ease of investing into a particular one. The most popular exchanges are Coinbase and GDAX, which allow trading right from a mobile phone. When a currency gets added to Coinbase, it is likely to go up because of the influx of new money that will go into the currency, however, controversy may follow.

In December 2017, Coinbase added Bitcoin Cash to its platform, a cryptocurrency derived from Bitcoin. According to an article published on Forbes by John Koetsier, the value of Bitcoin cash increased by $7,000 in one hour. Due to the unusual spike in activity prior to the announcement of Bitcoin cash, there were many allegations of insider trading, which the Forbes article also discusses. Even though most cryptocurrencies do not have governing bodies, it is still possible for individuals to attempt to manipulate prices for profit to exchange as fiat currencies.

As cryptocurrencies garner more attention in the public eye, regulating bodies and governments are taking notice. While the currencies are decentralized, Governments are still seeking ways to administer guidelines to the crypto space. The IRS is an example of an entity that is active in seeking such regulation. Per a 2014 news release by the IRS, “General tax principles that apply to property transactions apply to transactions using virtual currency.” This means that profits made utilizing cryptocurrencies are subject to taxes just like with fiat currency. In addition to taxes, exchanges such as Coinbase and GDAX have daily bank withdrawal limits, which start at $10,000 but can be increased with appropriate verification. Without such regulations, wealth distribution may be changed throughout the world, seeing as individuals are millionaires or even billionaires in cryptocurrency.