Skip to content
Stevenson University Online  /  About Us  /  News  /  Bitcoins: The Integration of Digital Currency

Bitcoins: The Integration of Digital Currency 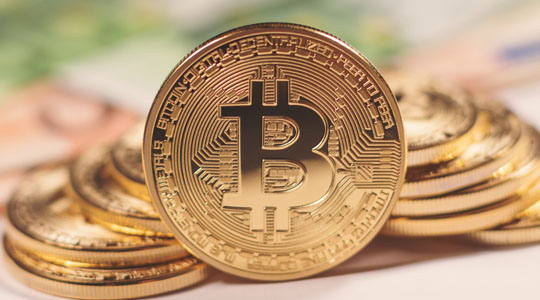 In 2009, the Bitcoin was created; a digital currency allowing individuals to secure anonymous purchases for a variety of goods and services. Bitcoins have made waves in the digital world because of the lack of fees and taxation when purchasing the currency. The Bitcoin was created by an anonymous individual or group that answers to the nickname “Satoshi Nakamoto.” This currency is not limited or regulated by any central government or authority, which allows worldwide use, whether purchases are international or domestic. Since the 2009 inception of the Bitcoin, its use has become more widespread, governments are keeping a watchful eye on it, and value has climbed to unimaginable heights.

Origins of the Bitcoin

According to the Mercatus Center at George Mason University the Bitcoin is, “The world’s first completely decentralized digital currency.” While Bitcoin is known as a currency, it can be regarded in a more complex manner: an entire system of payment. Bitcoin was released as open source software in 2009, meaning that the creator makes it possible for the public to examine and edit the software, as well as distribute it as they see fit. In October 2008, before the official implementation of Bitcoin; creator Satoshi Nakamoto released a “white paper” which publicly introduced the idea for bitcoin as a “Purely peer-to-peer version of electronic cash.” By being completely peer-to-peer, Bitcoin eliminates the need for a party in the middle, such as bank or other financial institution. The white paper also credits the Bitcoin system with eliminating the possibility of double spending. Double spending occurs when two copies of digital money are made, allowing individuals to spend money that they do not actually have. Bitcoin eliminates this issue by an ongoing system of verifying payments through computer processing power. The first Bitcoin transaction took place in January of 2009, and since then, has evolved to a point where there are upwards of 100,000 Bitcoin purchases daily.

Bitcoin is becoming a more widely recognized currency, with hundreds of businesses accepting Bitcoin in exchange for goods and services. In addition to businesses, transactions with individuals are able to smoothly take place without the hindrance of any fees or establishments. Major companies often use intermediaries that accept Bitcoin and then convert that to cash, rather than accepting purely Bitcoin. This allows customers to use their preferred currency, while companies receive cash and are able to generate tangible profit. When Bitcoin purchases or transactions are made, the transaction history is stored on a public record called the “block chain.” This record contains a history of all Bitcoin transactions, allowing the whole experience to be transparent and reliable. With purchases through a bank, accounts are able to view their individual transaction history, however each account transaction is not public record. With Bitcoin, individuals can see the transactions made by all accounts, making it possible to trace the account history of an individual. According to an article in The Guardian, “The IRS has issued a summons for data on millions of users of the Bitcoin exchange Coinbase.” Because Bitcoin is not a regulated currency, it is catching the attention of governments across the globe. As a result of no governing body surrounding Bitcoin, financial institutions and governments remain wary of the currency and system around it. While the concept of Bitcoin is still catching on, there is currently immense value in the currency.

The Value of Bitcoin

Upon being publicly released, Bitcoin had little to no monetary value. On October 5, 2009, the New Liberty Standard established the initial exchange rate of Bitcoin, which saw $1 being equivalent to 1,309.03 Bitcoins. In the days of this exchange rate, it was not uncommon to spend thousands of Bitcoins on basic items, such as food. Per an article by Rob Price in the Business Insider, an individual bought two pizzas for 10,000 Bitcoins in 2010. At the time of the purchase, the 10,000 Bitcoins had a dollar value of about $25, because the value had not soared yet. The value of bitcoin fluctuates largely because of the fear of technology. As the currency is not tangible, computer errors may happen which may cause someone to lose their virtual wallets of bitcoins. More malicious issues that can arise are money being hacked or falsely generated, which would destabilize the economy of Bitcoins. Such a crime occurred in 2010, when individuals found a weakness in the Bitcoin system, causing 184 billion Bitcoins to be generated. At the time, this was a substantial amount to generate, and in the current day, the value would have been astronomical. The value of Bitcoins slowly climbed, reaching an all time high in May of 2017. On May 23, 2017, one Bitcoin was equivalent to $2,251. With the aforementioned exploit, if 184 billion Bitcoins were to be generated now, that would be about $414 trillion. Due to the high value of the digital currency, some fear it may be used to manipulate the economy and cause an imbalance. The Bitcoin community boasts a safe and secure system, refuting claims of any similar hacks being possible in the future.