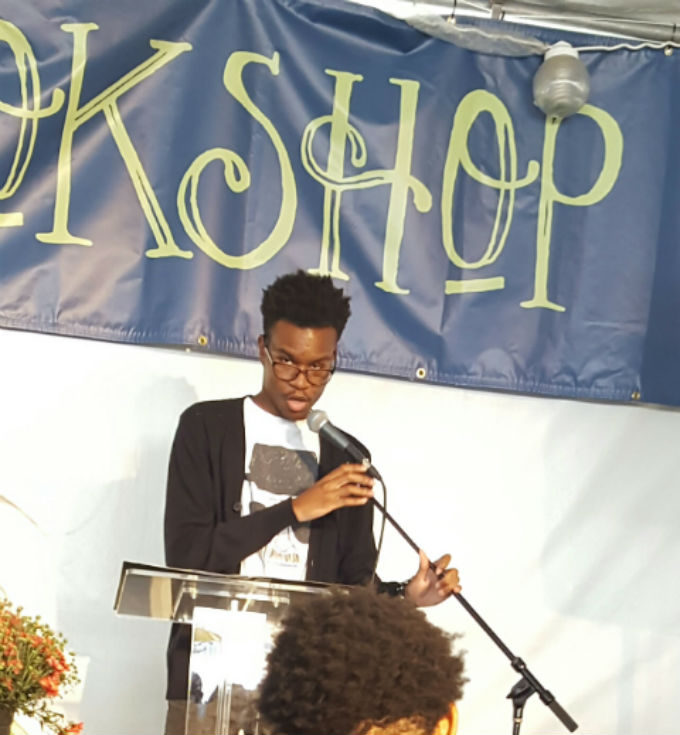 After the reading, and during the 10 minute intermission, writers from all schools had the opportunity to mingle and meet other writers. In addition to Stevenson, student writers represented MICA, Goucher College, Coppin State University, Morgan State University, Johns Hopkins, UMBC, University of Baltimore, and Towson University. The reading took place at the Inner Harbor and was attended by about 60 guests.