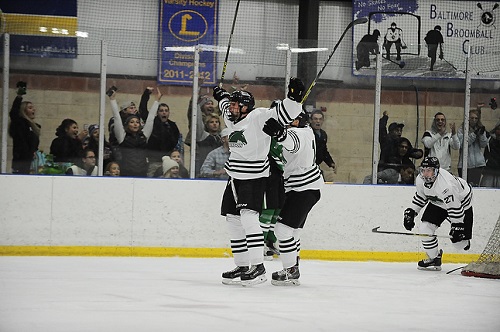 There’s a lot of excitement on campus for our new Men’s Ice Hockey as they play in their inaugural season under the direction of head coach, Dominick Dawes. The Mustangs have started the season with four wins in their opening six games. Two of our chemistry freshmen are on the team: Zak Sheikh and Joe Kittelberger. Both are defensemen and are excited to be part of the team. Go Mustangs!