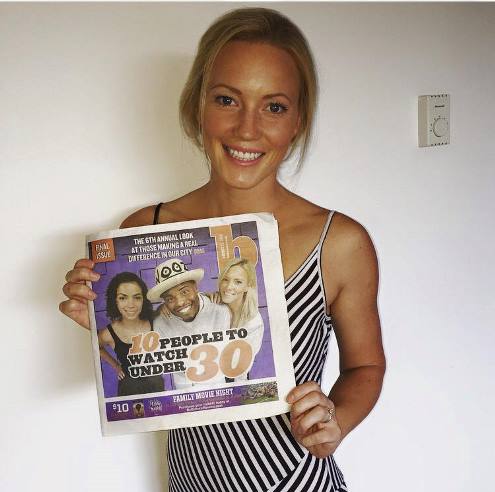 Lisa Baker Hinton (BS, Chemistry 2011) has been named to the Baltimore Sun’s 6th Annual “10 People to Watch Under 30″ list. Lisa is the winemaker at Old Westminster Winery, a company owned and operated by her family. The company’s Albariño 2013 was named the Best White wine at the 2014 Maryland Governor’s Cup Competition. The growing business, which bottled and sold its first wines in 2013, is set to open its brand new tasting room on its grounds in mid-October.

Lisa decided to major in chemistry so that she would have the background knowledge that comes from understanding the sciences behind winemaking. She completed her Capstone internship at a local winery and discovered her passion for winemaking.

Lisa explained that her background in chemistry is a huge advantage during production. Elements such as knowing the optimal time to pick, recognizing the acidity and sugar levels in the grapes, and understanding the various chemical, microbial, and physical reactions during the process all play a part.

Congratulations, Lisa! The Chemistry Department is very excited to be able to follow your progress and success!