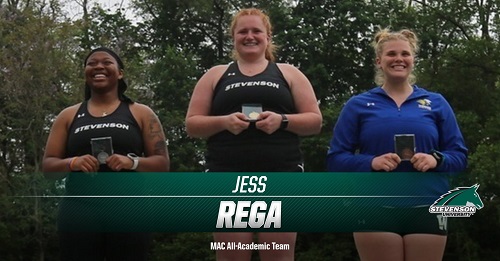 Congratulations to Jess Rega, who just graduated in May, on being named to the 10-member Middle Atlantic Conference All-Academic Team this week for her performance on the Stevenson women’s outdoor track and field team and her academic success. Jess has received many awards: she captured the shot put championship at the MAC outdoor track and field championship in early May and was named USTFCCCA All-Region in the shot put for the fourth time in her career.