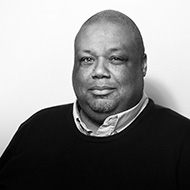 My research and scholarship center on exploring phenomena residing at the intersections of culture and communication—the ways in which culture is conveyed, shared, reflected, co-opted, rebuffed, preserved, challenged, and influenced.

My pedagogical approach is very Socratic in method, and one that responds to the diverse ways in which students learn. It is my belief that as students engage critically a breadth of communication theories, concepts, perspectives and phenomena, it inspires them to see the world through a broader lens, compels them to practice new skills, and challenges them to question their own assumptions as well as the assumptions and expressions of others. For me, the classroom experience is not just an exercise in covering textbook content; rather, and as important, the classroom space provides opportunities for transformation through the discovery and exploration of one’s deeper aspects.

The following are courses that I have taught: