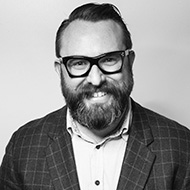 I create work that is cinematic in form, yet lives across multiple diverse genres, functionalities, industries and disciplines. This includes theatrical narratives, documentaries, commercials, musical compositions, experimental films, performances and expanded cinema pieces. My films are musical and, as the music I write itself often is, abrasive, dissonant, slow and noisy. I focus on incorporating not only music and musicality itself into my films, but also the distinctive processes found in collaborative musical composition and performance. Likewise, the cultures of punk and underground music greatly influence my approach to independent filmmaking and the artistic process. My filmmaking style is heavily weighted toward lens-based content and a cinematographic sensibility. Aside from the actual form and content of the films I write and direct, my work as a cinematographer for documentary and ‘hybrid’ fiction/documentary features well exemplifies this inclination. I consider my work as a cinematographer to be an integral component of my overall practice, just as I consider my work as a musician and a teacher to be integral factors. At the end of the day, while my filmmaking practice does not follow a singular style, approach, process or discipline, it does follow a central imperative: exploration of potential. In her seminal 1960 essay Cinematography: The Creative Use of Reality, Maya Deren praised the motion picture medium as possessing a “profusion of potentialities” in simultaneously encompassing creative elements of graphic design, movement and phrases of time, among other plastic art forms. My point of departure as a filmmaker can be, in many ways, understood as a reimagining of Deren’s viewpoint for the age of screen-based visual communication, set amongst the expanding potentialities of digital motion picture media.