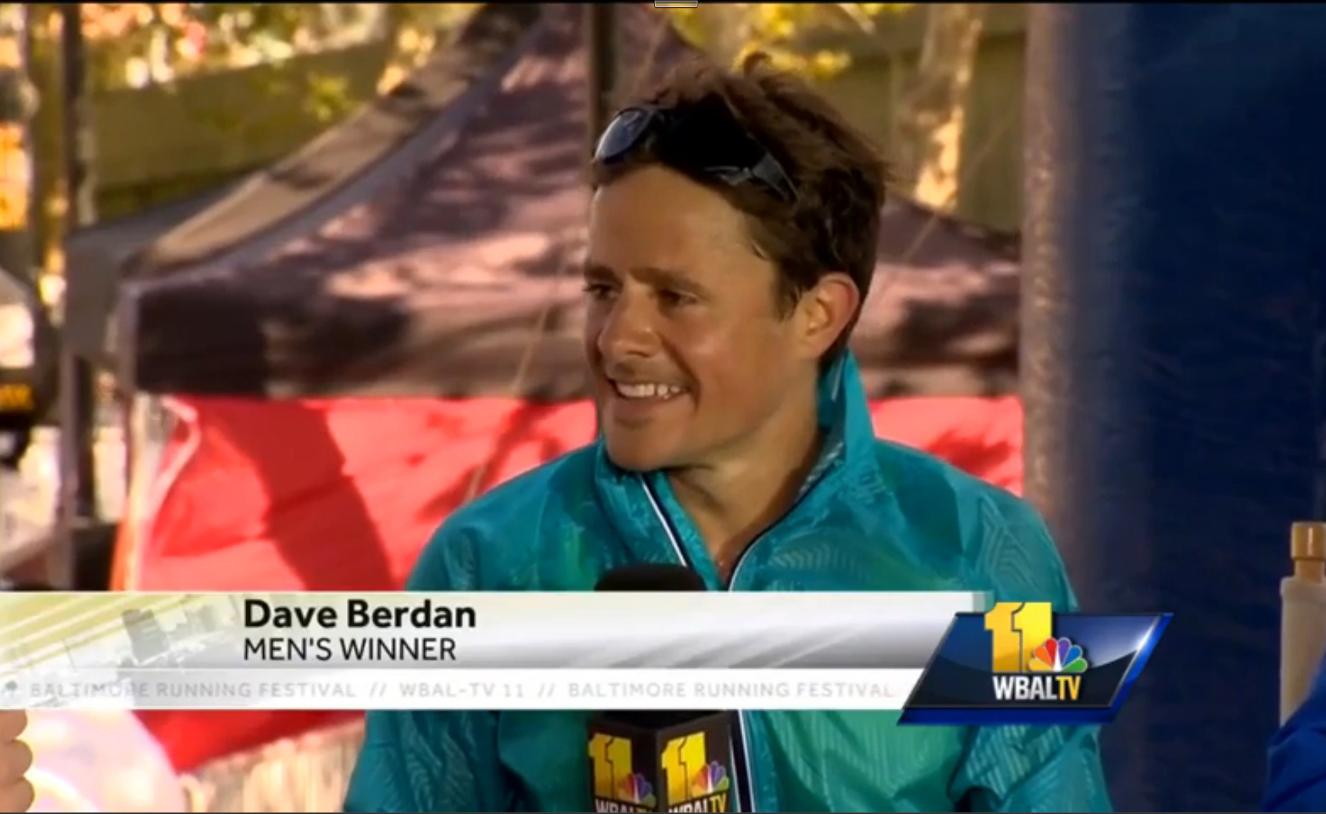 After having to pull out midway through the race last year, the 2013 Baltimore Marathon winner and Stevenson men’s and women’s cross country coach Dave Berdan felt like he had something to prove. And he proved it. The 34-year old is a two-time Baltimore Marathon Champion.

“It’s great. I didn’t come in with a specific time goal,” Berdan said. “I just wanted to be competitive and hopefully win. I did start feeling it about Mile 20. I just tried to ignore it. It doesn’t matter. I made it.”

Running with a stress fracture in his left hip in 2014, Berdan entered last year’s race with the hopes to defend his title. But he suffered a setback and could not finish, having to drop out in Mile 13. Still not completely healed from the injury, Berdan knew if he was going to run in any race, it would be his hometown race.

“The support of the city was just incredible. People we coming out yelling, ‘Go coach. Go Dave.’ It was incredible.”

While he most likely will need surgery to correct his hip injury from a year ago, Berdan showed no effects of the injury and set the pace early. He steadily increased his lead, opening it up at Mile 9 over the 2014 champion, Brian Rosenberg.

In all, more than 24,000 runners representing all 50 states and 29 countries participated in the 15th edition of the Baltimore Running Festival. The festival also included a half-marathon, 5K run and Kids Fun Run.

For more details on Berdan’s return to victory check out Baltimore Sun coverage from the race.