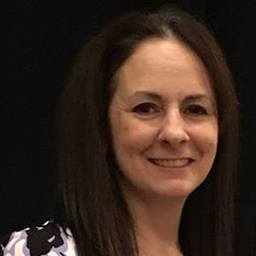 Stevenson University has announced that professor of Psychology Virginia Iannone, will be the keynote speaker at the University’s Winter Commencement Ceremony on Monday, December 18.

Virginia Iannone, Ph.D., Professor of Psychology, came to Stevenson University (then Villa Julie College) in 2002 as an adjunct professor and then joined the full-time faculty in 2007. Iannone earned her bachelor’s degree in psychology from the University of Scranton in Pennsylvania, where she was a Division III athlete. Upon graduation, she went into the doctoral program in clinical psychology at the Catholic University of America in Washington, D.C. From the beginning of her career at Stevenson, she showed an unwavering commitment to teaching and mentoring, quickly earning the reputation of being a high-energy professor who engaged students in the classroom. In addition, she involved them in her ongoing research and scholarship, which at that time included studying the effectiveness of animal-assisted interventions.

In 2011 she was appointed the Assistant Vice President of Academic Support Services, a role that she held until 2013, when her love of teaching and desire to revisit her research brought her back to the classroom. Since that time, her primary teaching responsibilities include the design and implementation of the Professional Development Sequence as well as overseeing and instructing the Field Placement and Internship experiences. In addition, Iannone teaches specialized courses within her areas of expertise, such as Sport Psychology and Performance Enhancement and Transformational Leadership: Better Leaders, Better World. In 2015 she was awarded the Excellence in Teaching Award from Sigma Alpha Pi, the National Society for Leadership and Success. In 2017 she was awarded the Rose Dawson Excellence in Teaching Award.

Stevenson University, known for its distinctive career focus, is the third-largest independent university in Maryland with more than 4,100 students pursuing bachelor’s, master’s, and adult bachelor’s programs at locations in Stevenson and Owings Mills.