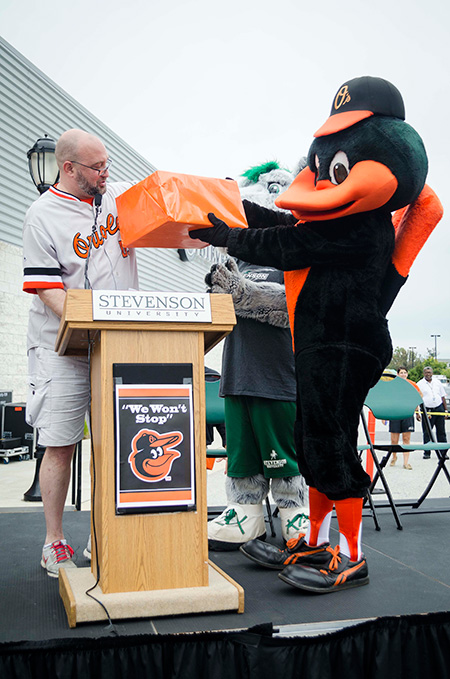 The event featured an autographing signing and a Q&A session with former Oriole Scott McGregor—who pitched for the Birds during the team’s last trip to the World Series in 1983.

“Winning is wonderful. Winning is great for the city,” said McGregor to an audience of more than 300 people. “I’m glad to see the Orioles making some new memories.”

The day also included playoff ticket giveaways, Orioles trivia, and a cameo by the Oriole Bird. Fans in attendance ranged from Stevenson students who walked down to the event between classes to longtime Orioles faithful who made the trip to Owings Mills to support their team.