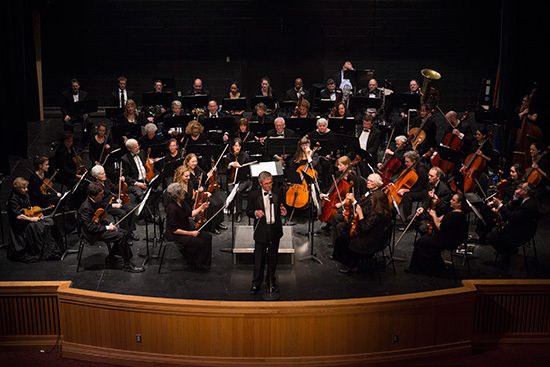 The Greenspring Valley Orchestra will present “Musical Heroes,” a program of music inspired by the heroism of historic, mythological, and athletic figures, Sunday, May 1 at 4 p.m. at Stevenson University’s Inscape Theatre. The theatre is located on Stevenson’s Greenspring Campus, 1525 Greenspring Valley Road, Stevenson, MD 21153. Tickets are $10 for general admission and $5 for students and seniors. Call 443-334-2433 to purchase tickets.

The concert’s featured work will be Beethoven’s “Eroica” Symphony. Also included are “Siegfried’s Rhine Journey” from Wagner’s “Twilight of the Gods,” the “Adagio of Spartacus” by Khachaturian, and “Summon the Heroes” by John Williams, written for the 100th Anniversary of the Modern Olympic Games.

“It promises to be an epic afternoon of music,” said Robert J. Suggs, D.M.A., Professor of Music at Stevenson and Conductor of the Greenspring Valley Orchestra.