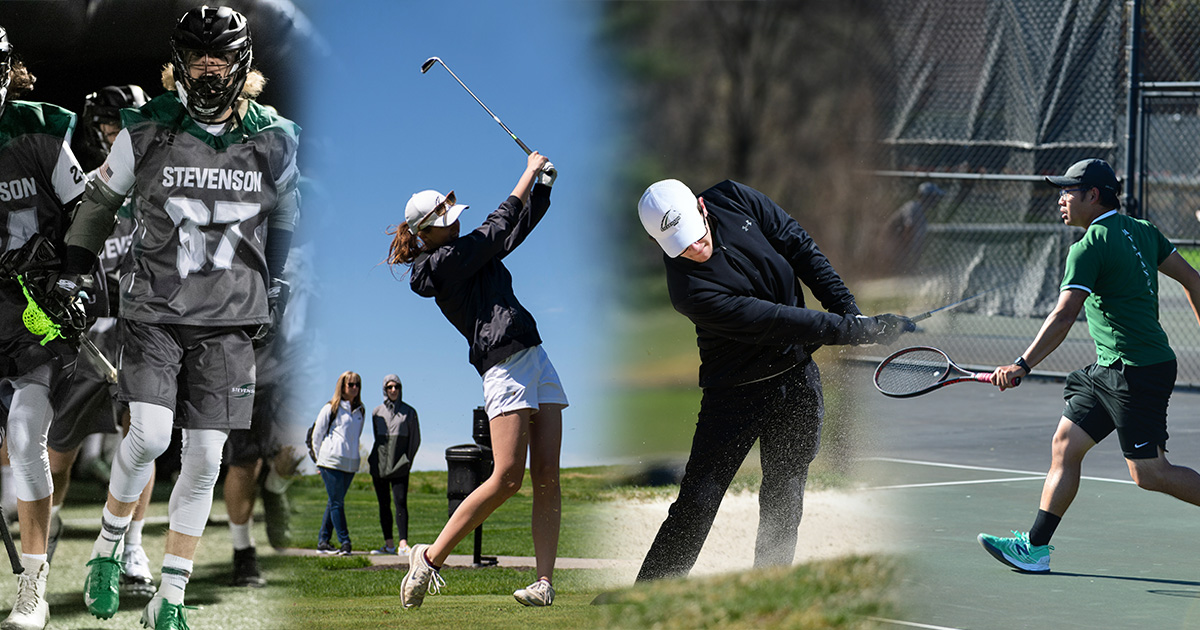 Men’s lacrosse faces Franklin & Marshall in the second round of the NCAA DIII Men’s Lacrosse Championship on Wednesday, May 8 at 4 p.m. The team earned an automatic berth into the 36-team field by virtue of winning their seventh straight MAC Commonwealth title with a 23-4 win over Lycoming Saturday night at Mustang Stadium. Stevenson is making its 11th consecutive trip to the NCAA tournament, one of the nation’s longest streaks.

After winning the MAC Commonwealth championship and earning its first-ever NCAA berth, the men’s tennis team travels to Middlebury, Vt. to face Colonial States Athletic Conference champion Clarks Summit in an NCAA First Round match on Thursday, May 9 at 9 a.m. The team earned its first trip to the NCAA tournament after capturing its first-ever MAC Commonwealth title on Saturday, downing Messiah 5-1 at home. The Mustangs finished 6-0 in conference play during the regular season and opened the year on a 12-match win streak.

The men’s golf team won its fourth-straight MAC Commonwealth Championship by one stroke over second-place Lebanon Valley at the Mount Laurel Golf Club. The Mustangs, who now have five MAC Commonwealth Championships, shot a tournament-low 305 in the second round to overcome a three-shot deficit. Head Coach Chris Ramer claimed Coach of the Year honors for the fourth straight year and fifth time overall.

The Mustangs will now head to Nicholasville, Ky. to compete at the NCAA Division III Championships, which will be held at the Keene Trace Golf Club Tuesday, May 14 through Friday, May 17.

The women’s golf team shot a season-low score of 311 (+23) in the final round of the MAC Championship en route to its third conference title. The Mustangs, who finished with a two-round score of 634 (+58), won the tournament by a commanding 19 strokes over second-place Alvernia. The Mustangs, who won their first conference title since 2016, had all four of its scoring golfers finish in the top 7.

The Mustangs will head to Houston, Tx. for the NCAA Division III Women’s Golf Championships, held at the Bay Oaks Country Club Tuesday, May 14 through Friday, May 17.