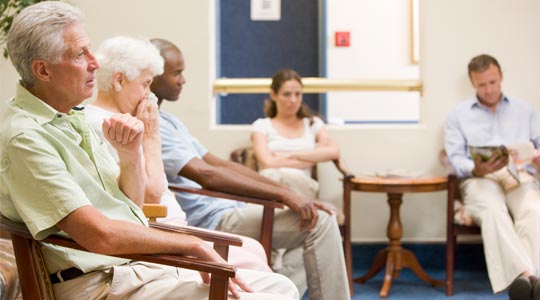 Our population-based care series so far has discussed a wide variety of issues, including the role of nurses, the need for patient accessibility, as well as the dangers of not adapting to an evolving healthcare landscape. For the final installment, our focus will shift to the financial aspects of population-based care, as well as how to maintain a healthy society.

The Affordable Care Act implemented a program in October of 2012 called the Hospital Readmissions Reduction Program (HRRP). The program requires the Centers for Medicare & Medicaid Services (CMS) to reduce payments to short-term acute care hospitals with excess readmissions within 30 days. This program holds hospitals accountable for not providing the adequate care or plan in place to prevent patients from returning to the facility within a 30-day period. While the hospital can be at fault for readmissions within a 30-day period, there is also the possibility of a patient being at fault; namely by not following the procedures or instructions given to them by their healthcare provider. Population-based care may prove to be a pivotal step in reducing 30-day readmission rate in various hospitals, allowing the hospital to receive full Medicare and Medicaid payments from CMS. Whether the HRRP program remains in place or not, population-based care, through a more coordinated effort, can decrease costly readmissions.

Considering the United States spends the most money on healthcare per capita, the results of that spending should be more prominent within our healthcare system. For example; according to the 2015 Comparative Price Report by the International Federation of Health Plans, the average one-day stay in a U.S. hospital is over $5,000 in comparison to Spain, which is $424. In the U.S., prices are negotiated by insurance companies, who ultimately determine what you have to pay. According to the International Living’s 2017 Global Retirement Index, many countries around the world; such as Malaysia, Mexico, Costa Rica, and Columbia have highly effective healthcare systems at only a fraction of what it costs in the United States. With such a vast difference, one might wonder why our healthcare is not on par with these countries. Factors that affect the difference include lower:

Ultimately, the infrastructures of these countries are significantly different from the United States, especially considering factors such as vastly different GDP’s per country as well as cost of living. That being said, these nations can still prove to be models in how they built their healthcare systems.

Related to healthcare spending are various quality indicators, such as life expectancy, infant mortality rates, and maternal death rates. Despite heavy emphasis on healthcare spending, the U.S. ranks relatively poorly in these categories. According to the World Health Organization (WHO), the United States had a life expectancy of 79.3 years as of 2015, ranking 26th in the world. This indicator displays that the United States has a lower life expectancy than it should, being the nation who spends the most per capita on healthcare. In terms of infant mortality rates, the United States had a rate of 6 infant deaths per 1,000 live births as of 2015. With such high healthcare costs, these quality indicators do not reflect a substantial impact of such spending.

A good healthcare system does not just start in the hospital, it is all encompassing. Well-being begins with every individual and how effectively they are able to take care of themselves. Social determinants should be strongly considered when implementing population-based care, especially in terms of accessible and healthy foods. Individuals living in food deserts need access to nutritionally enriching foods, and devoting attention to specific populations such as these is necessary in preventing illness in the first place. Better prevention methods lead to better overall health, which is the goal.

The range of topics explored through this series are all essential aspects of daily life. Ultimately, the United States needs a healthcare system where every citizen is assessed based on their distinctive factors, so that they may receive the best healthcare available according to their needs. In order to meet workforce demands, the number of working nurses must increase and the adequate education must be provided and readily available. Due to the change in administration in the U.S., more changes in healthcare can be expected on the horizon, therefore population-based care will be even more important. The future of healthcare seems promising, and population-based care could very well be the driving factor in maintaining a healthy society.